What are the best soundtracks of all time? I guess it's all a matter of opinion, but I'd say that these soundtracks are pretty fantastic. In fact, you probably already own them. Find out the top 20 soundtracks here and enter to win a live-action Beauty and The Beast Soundtrack. This unbiased post is sponsored by Disney. 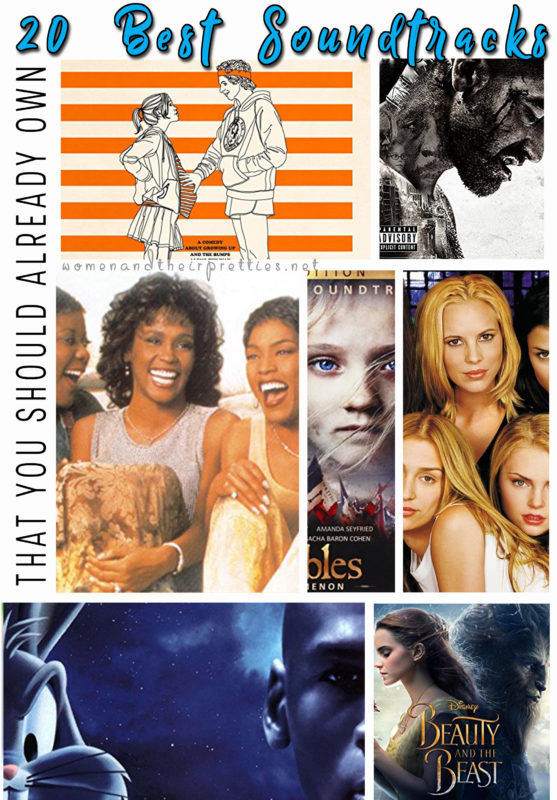 What does it take to make a good soundtrack? A good soundtrack should be like a fashion collection. The songs should be cohesive. Every song should make sense and give you the same vibe. You should be comfortable listening to the full soundtrack without skipping a song. Not every soundtrack is enjoyable. Just because you like one song, doesn't necessarily mean that you'll like the others. It takes a really good director to find or create music that blends together beautifully. The soundtrack should give you the same feelings that the movies did. And maybe, just maybe, you'll find a song or two that you haven't heard of before.

20 Best Soundtracks that you probably already own

These are the 20 best soundtracks that are memorable and make you really feel something. You know, I'm all about the feels.

Thanks for reading! I've teamed up with Disney to bring one lucky reader a Live-Action Beauty and The Beast Soundtrack! Be sure to enter daily using the giveaway tool below and then scroll down to enter more giveaways! There's no limit on how many you can win!

Live-Action Beauty and The Beast Soundtrack

Welcome to the NAMASTE WINNING Giveaway Hop brought to you by The Hopping Bloggers!

Hosted By: Mama Smith’s & Women and Their Pretties

Co-Hosted By: Teacups and Fairytales