There are many places to enjoy a theatre production outside of the capital city. Theatre venues are no longer only used for plays either, with concerts, stand up comedians, musicals, and other types of entertainment being put on stage for audiences to enjoy. 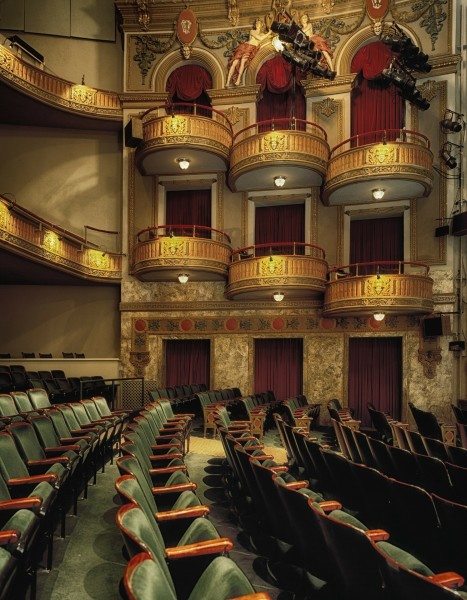 Here are a few of the other good places to catch some live entertainment in England:

The Cambridge Arts Theatre on Peas Hill looks modest from the outside, but actually has a 666-seat capacity for its drama, opera, dance and pantomime productions. The venue also plays host to many of the best touring theatre productions and its Christmas pantomime is a yearly tradition at this venue.

Cambridge University's Marlowe Society also puts on performances at the Cambridge Arts Theatre periodically, including at least one entirely in ancient Greek. The noted economist John Maynard Keynes underwrote much of the early costs of the theatre when town finances proved insufficient.

The Liverpool Empire Theatre in Lime Street is one of the most famous theatres in Liverpool having opened back in 1925. The Abba Mania musical extravaganza arrives on January 9, with Priscilla Queen of the Desert tour rounding out the month of January and The Rocky Horror Show tour beginning at the start of February.

At the opposite end of the spectrum is the Everyman Playhouse which launched in 2012 with the intention of supporting young actors and writers who wished to get into theatre.

The Grand Theatre and Opera House in New Briggate, Leeds is a busy theatre and opera house that combines theatre productions with concerts on its schedule. Upcoming shows include Breakfast at Tiffany's starring Pixie Lott, The Bodyguard, Sister Act, Cats, River Dance, Derren Brown Miracle, and Guys and Dolls.

The West Yorkshire Playhouse in Playhouse Square focuses on stage productions with the current Chitty Chitty Bang Bang and planned future productions of Into the Woods, and Great Expectations.

If you're travelling into Milton Keynes for the evening, you might wish to visit IHG.com to book a room for the night so you can relax and enjoy a drink without worrying about who will be the designated driver when the night is over.

The York Barbican Centre in the centre of York covers a wide spectrum of entertainment from theatrical productions like the Madam Butterfly, the York Guildhall Orchestra, James Martin Plates, Mates and Automobiles tour, Anton & Eric Just Gotta Dance, and Let's Hang On, The Music Of Frankie Valli & The Four Seasons.

With many theatre productions choosing to travel around the UK after a successful West End run, it is no longer necessary to take a trip to London to see a theatre show. Look for your favourite musical at a theatre near you.