Let's talk about Gamora & Star-Lord! Zoe dishes everything we want to know about the “couple” in this Guardians of the Galaxy Vol. 2 Zoe Saldana Interview. This unbiased post is sponsored by Disney as a part of the #GotGVol2Event! 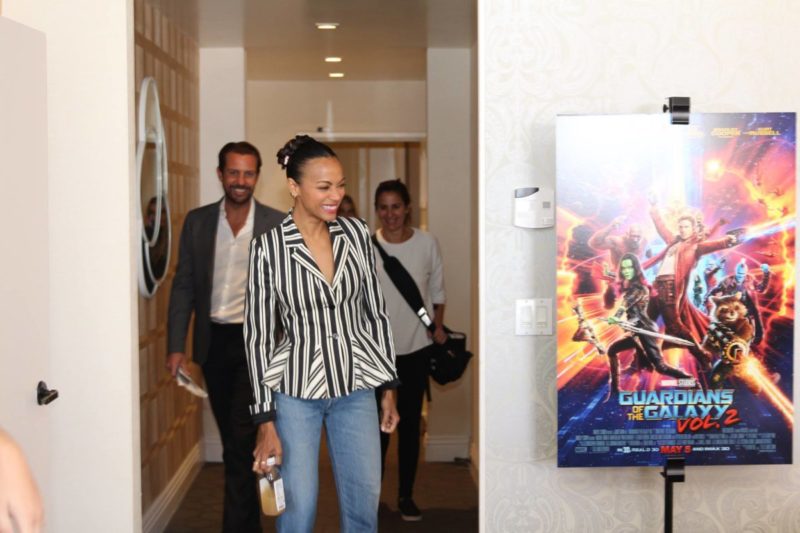 Yes, Zoe Saldana as flawless in person as she is on the big screen. Zoe walked in with a huge smile on her face and thrill in her eyes. This was one of the interviews that I was most excited about. I admire this woman because she's such a huge role model for young girls and women. I also can't help but to marvel at the Star-Lord's love interest. *sigh* 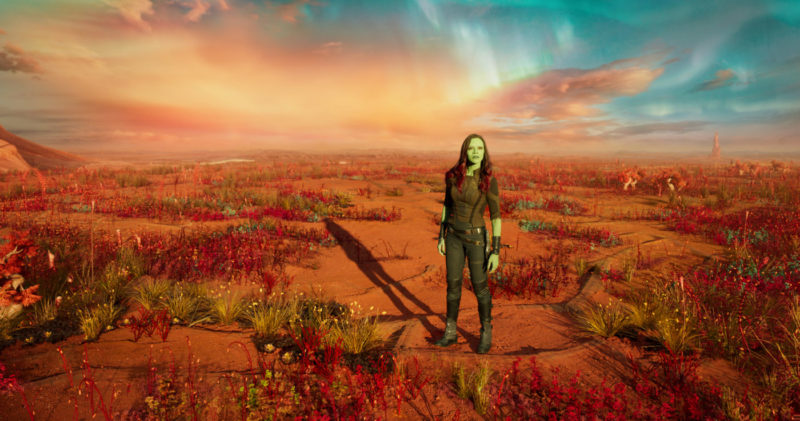 As a hopeless romantic, I can't help but to want something more out of Gamora and Star-lord. Or I did before I got Zoe's take on the subject. I mean, their chemistry is so obvious, but Zoe Saldana (who is “not a sucker for romance”) really couldn't have explain it any better. 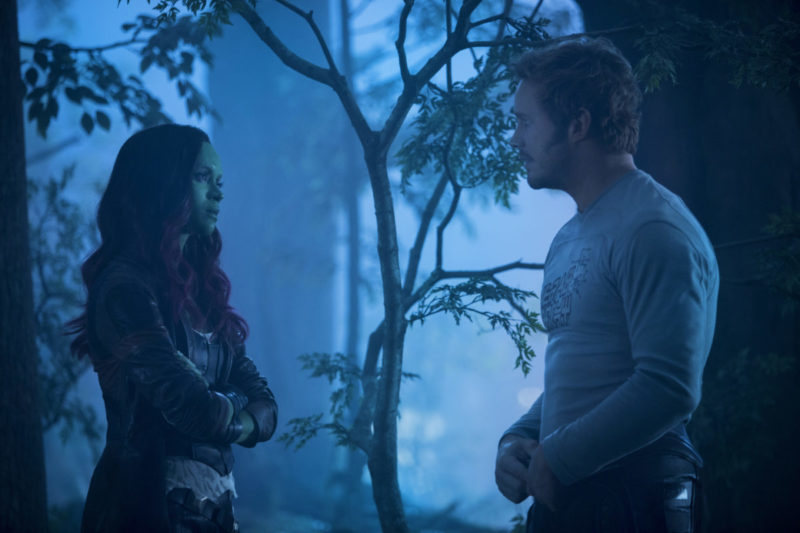 After she described their relationship, I couldn't help but to fall in love with them as a team even more. Their bond is deep and well, unspoken. Will we ever see an intimate moment between the two? At this point, none of us know. But, honestly, I don't have my heart set on it anymore. I love the bond between the two.

So, they really have a relationship, that when everybody goes to sleep, they’re up, and they’re talking. And that kind of transpired in the way that James Gunn designed our relationship to unfold in this movie, and I would like it to sort of run its course. And if in Vol. 3, if I do go back, and we do end up having a kiss, let it be because we're so desperate to see it, because it's the one thing that just needs to happen between them. But up until now, I think that we got just what we needed from them.

OMG. Isn't this what we all want out of life? A connection that keeps you up later than everyone else. A friendship that has run it's course and the only direction it can take is a romantic one. *Sigh* Clearly, I am a huge sucker for romance and while I'm not banking on these two ending up together, I would be completely accepting of every single step they take. 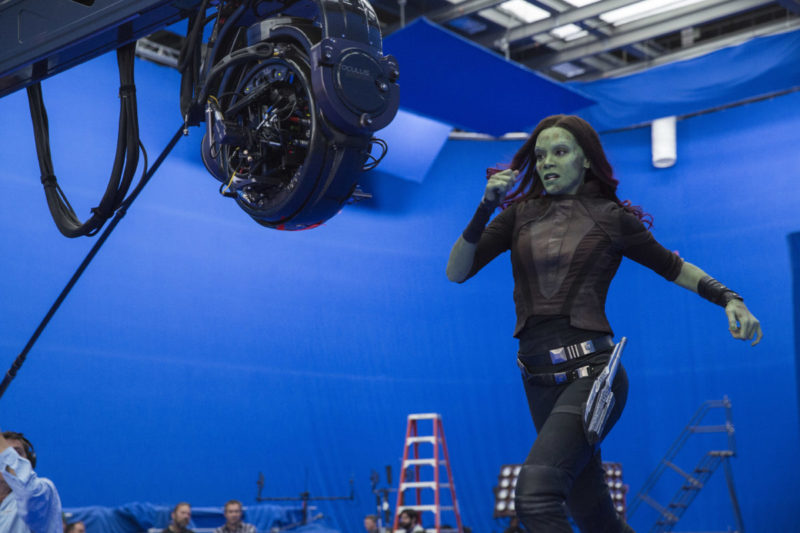 We really can't blame her. It's so easy to think that every woman wants to be that tough, non-emotional badass. However, that isn't reality. Reality is that many women, like myself, long for emotional connections. It's called a “good cry” for a reason. We want to be respected for the hardcore women that we are, but we also want to be treated delicately sometimes.

I love it. I do. But, you know I would like to take a break from playing kick ass science fiction females. I’ve been doing it for over 10 years, I'm kind of tired. But growing up, I only had two icons that I can reference. I'd watch those movies until my tape would break. It was Ellen Ripley from Aliens, and it was Sarah Connor from Terminator. And I would watch these movies endlessly. And then it was like, Jamie Lee Curtis, when Katherine Bigelow did that movie, Blue Steel, and James Cameron also did that movie, True Lies, I had her as a reference. But other than that, I was always watching action movies told through the eyes of males, but always feeling that gap, that void, you know? 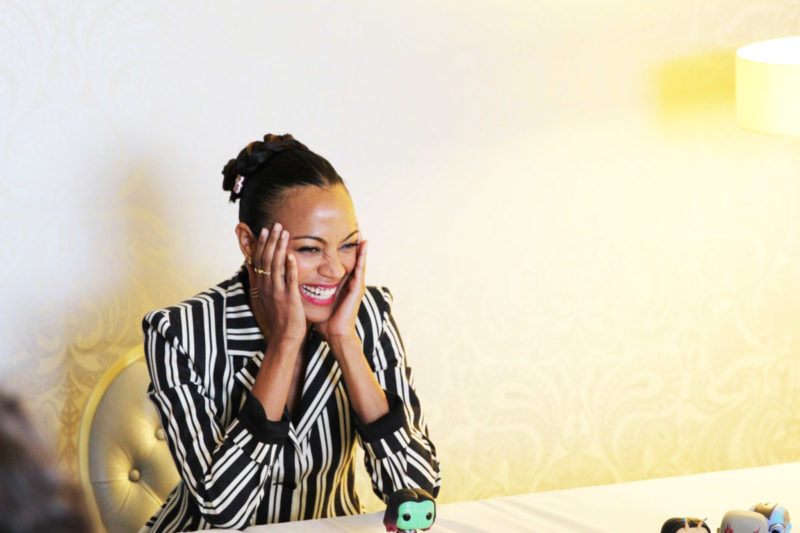 I think Zoe really wants to dip her toes into a more feminine role. Maybe something dramatic? Maybe she'll be the damsel in distress for once? Maybe a kick-ass role based on a true story? That would be a good one!

I feel like I did take it upon myself to just be happy with the fact that I took a gamble on these movies for a first time. They ended up being super special, and they went into sequels. I didn’t think of this, trust me. It was not my idea. And I just had my responsibility to fulfill them. But once I was there, I didn’t want to be better about it. I wanted to acknowledge that maybe it means something. Maybe it is important that I'm a part of those women that are filling in that gap, so that women can have more options, more references to look into. 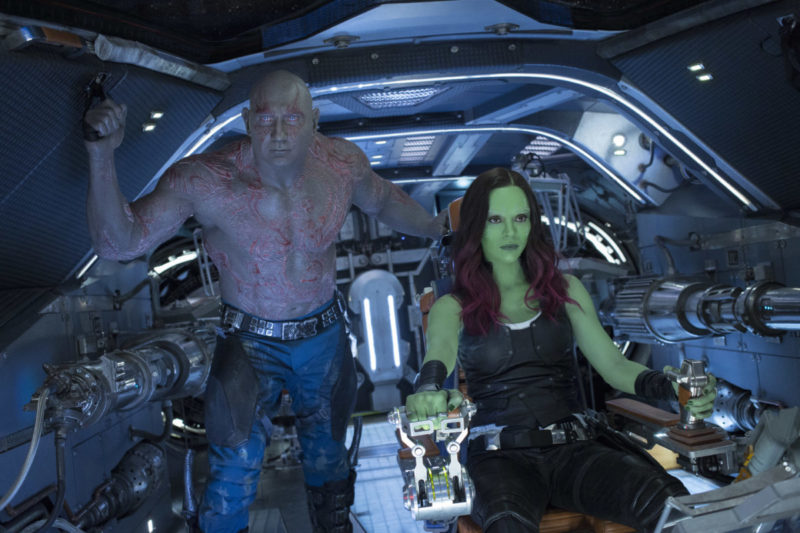 I can't help but to wonder how or when she could take on a new role because right now, Guardians of the Galaxy is taking off and a third is already in the works. Either way, I love Zoe Saldana and think she could rock any role she takes on. 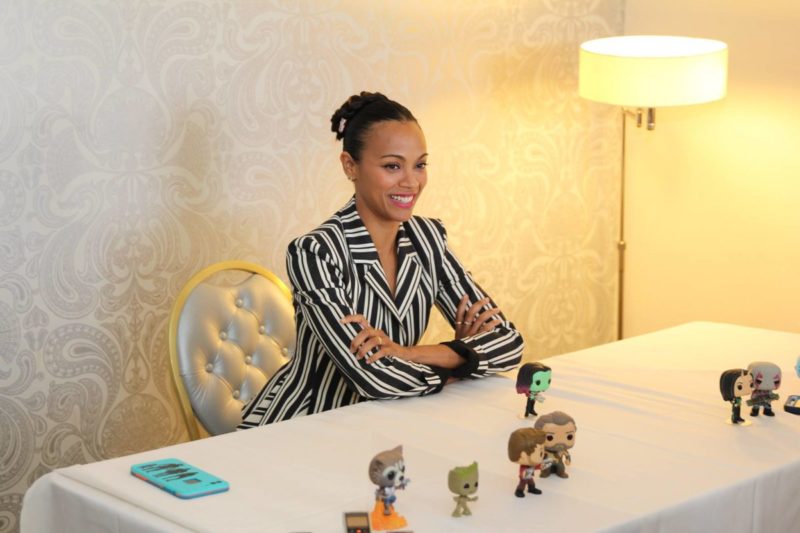 I would want Gamora to go to Nebula. ‘Cause I would go with my sisters anywhere. They call me, and they’re like, let’s go. I'm like, okay! I just go and ask questions later. I would go to Nebula. 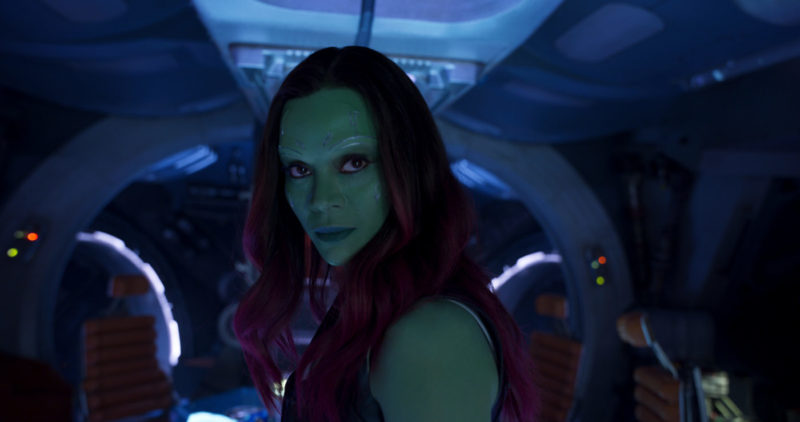 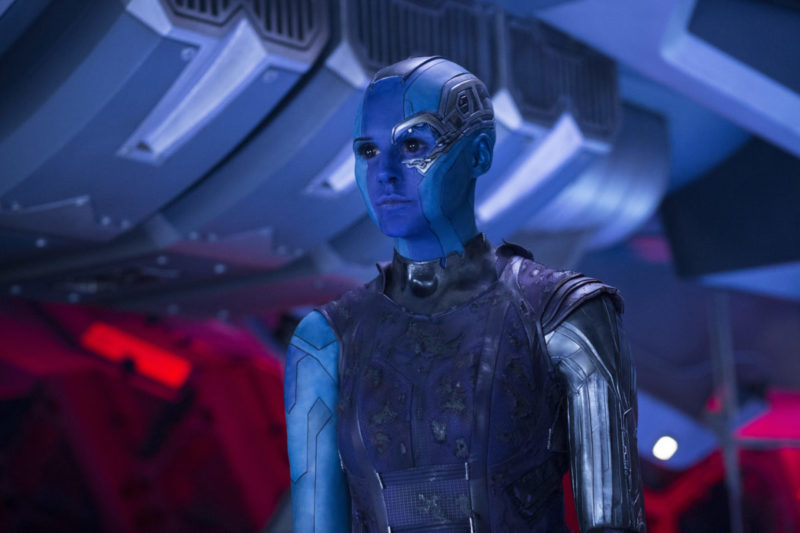 Zoe Saldana goes on to describe how she may wish for certain things to happen, but she still respects James Gunn's vision. I mean, he is the mastermind in all of this.

But I really respect the fact that James Gunn has a vision and an idea of an arc for each and every one of these characters, and what they represent as a family unit. And Gamora is this just unbreakable support, wall, that everybody leans on to. So there’s a lot that she can reveal, but it's always within measure. 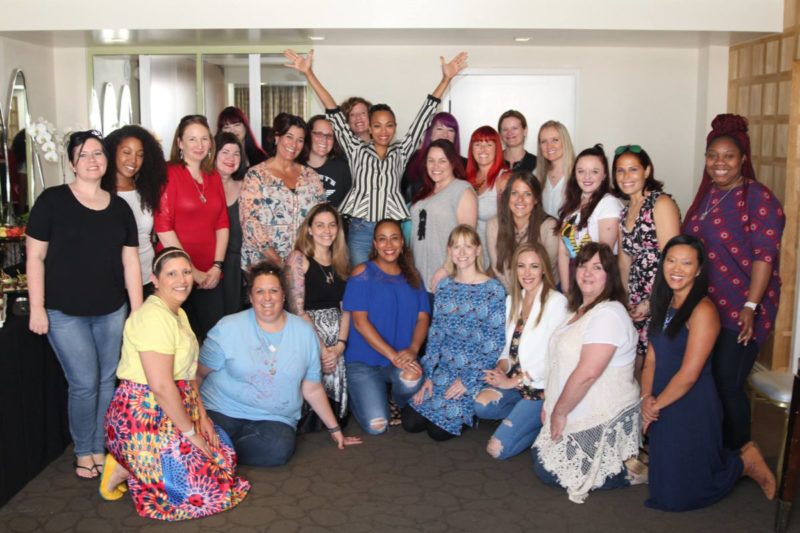 Our group photo with Zoe Saldana.

Final mention-worthy moments from our Guardians of the Galaxy Vol. 2 Zoe Saldana interview.

“I think that it's okay to still be vulnerable, and be strong.” 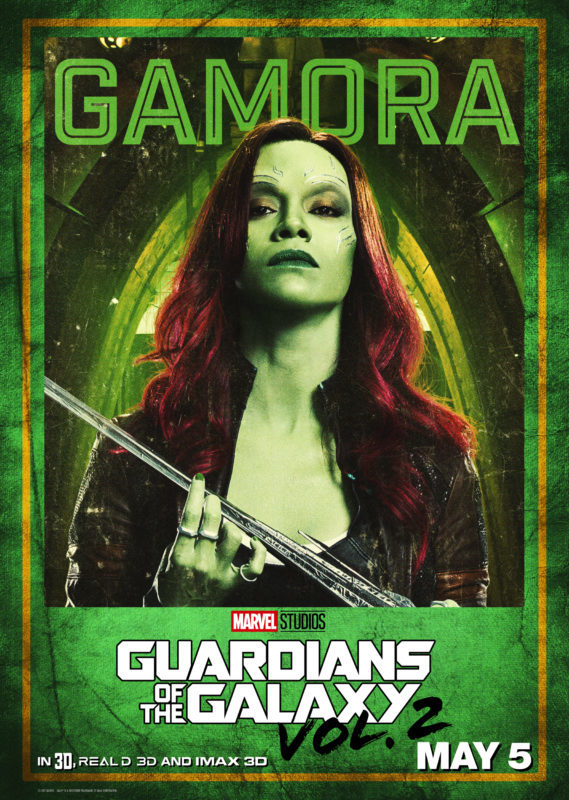