Travel and accommodations provided by DreamWorks

I had the pleasure of watching a couple of episodes of the new Netflix series, Home: Adventures with Tip & Oh. After watching DreamWorks movie Home a few too many times, I was ecstatic to be invited on a press trip to get a sneak peek of the show and to chat with the stars! If you liked the movie, you will love the show! It's the craziest, silliest, funniest show that you'll ever see. 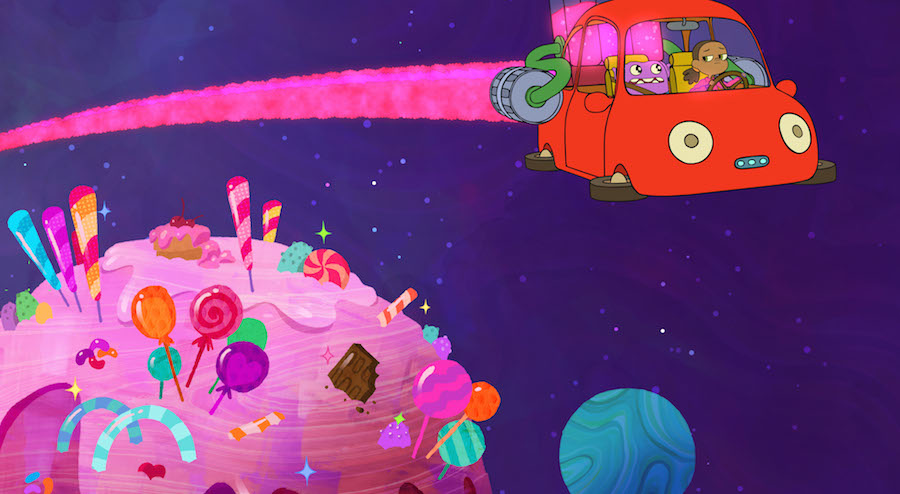 1. It's built for viewers of all ages

This isn't just a kids show that some adults will enjoy. It's an animated comedy that was literally made for viewers of all ages. I say this because 1. The director told me so and 2. There are jokes that are meant for only adults to understand, jokes that teenagers will appreciate, and moments that children will love. For example, watching ___ walk in a funny way with her toes up in the air because her nail polish is wet. Only adults understand the humor in that. Then there are silly parts that kids and everyone else will love, like Oh squeezing into a drawerm with those big ole' eyeballs and a hilarious look on his face.

The details really make the show stand out. Whether it's a funny look on a Boov's face or the outfit a Boov is wearing – it's clever and funny. We spoke with the animator of this film and he said that Boovs take regular human items and use them in unusual ways. For example, you might see a Boov wear a tin trash can as an outfit or a piece of plastic from a 12-pack as glasses. It's those details that make this show truly a work of art.

If it weren't for the brilliant voice cast, this show would not be what it is. Let me just say that we were fairly warned about how crazy and wild this show is before watching it. They weren't kidding! The actors bring these hysterical characters to life in a way that we've never seen before. The humor is crazy, yet natural. You can tell that the actors had so much fun with this show and that means a lot!

The adventures alone are enough to have you giggling. Whether it's going to a party together or hanging out at home, Tip & Oh are the mosy hilarious duo on Netflix. They compliment each other so well that you can't have but to laugh hysterically at their antics! 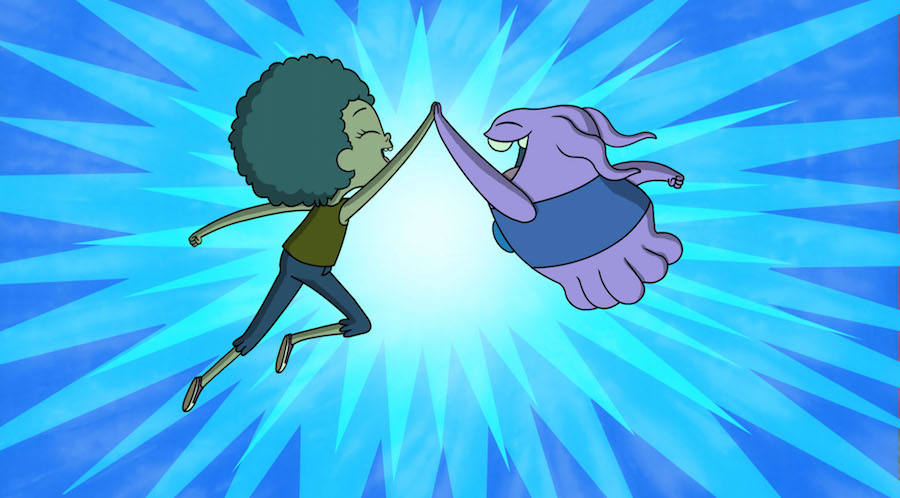 DreamWorks HOME: Adventures with Tip & Oh hits Netflix on July 29th. This series is based off of the hit movie, Home, and continues Tip & Oh's adventures! A group of bloggers has come together to bring you a fun giveaway to help celebrate it's release! One lucky reader will win a HOME prize pack which includes: