Ahh! This is one of my all-time favorite movies! Belle is my favorite princess. She's humble, independent, and so intelligent. She's such a beauty and the beast is like the perfect love for her. I am beyond excited for Beauty and The Beast to release from the vault. I already own it, but can't wait to buy it on Blu-ray and on Digital HD! I know, I know. My geek is showing.

Relive the magic on September 6th!

Twenty-five years ago, Disney’s Beauty and the Beast broke ground as the first animated feature film to receive an Academy Award® nomination for best picture, and now this tale as old as time joins the Walt Disney Signature Collection. The Blu-ray release will include the original theatrical film; an extended version with the “Human Again” song sequence and a never-before-released on home entertainment sing-along version.  The original work-in-progress version will be available digitally and on Disney Movies Anywhere. Relive the magic on Sept. 6 on Digital HD and Disney Movies Anywhere, and on Sept. 20 on Blu-ray™ and DVD. 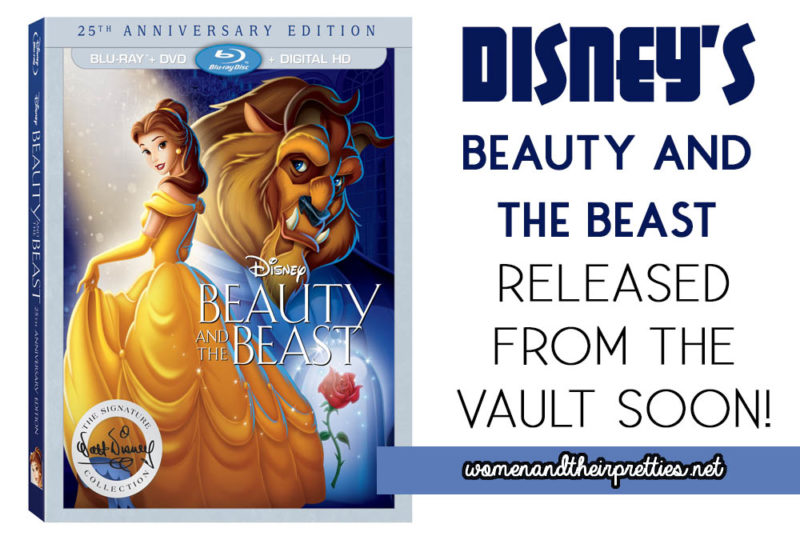