This is going to be a good one! I never actually read this book as a kid, but it sounds like my type of movie. Knowing that the brilliant author of Charlie and the Chocolate Factory and Matilda (a personal favorite) is behind The BFG makes me want to read it right now. Disney has a habit of reeling me in and keeping my attention with these movie posters and with their new trailers. Ugh, why do we have to wait until the Summer for the really good stuff? 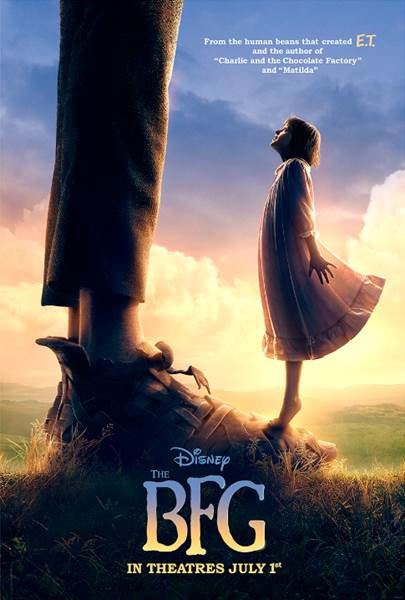 The Talent & The Brains

Roald Dahl’s “The BFG” (Big Friendly Giant) was first published in 1982 and has been enchanting readers of all ages ever since. Dahl’s books, which also include “Charlie and the Chocolate Factory,” “James and the Giant Peach” and “Matilda,” are currently available in 58 languages and have sold over 200 million copies worldwide. Originally created as a bedtime story, “The BFG” was Dahl’s own favorite of all his stories. “It was very important for us to be loyal to the language,” says Spielberg, “and the great writer Melissa Mathison, who also wrote ‘E.T.: The Extra-Terrestrial,’ wrote ‘The BFG.’”