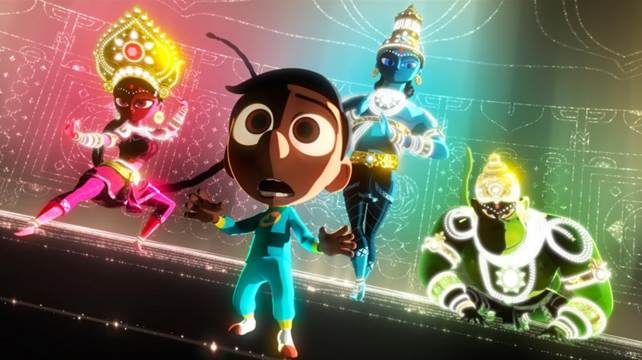 I think that we all love the short films from Pixar. They are always cute, funny, and leave you wanting more. Along with the release of the highly anticipated “The Good Dinosaur” comes the short film, Sanjay's Super Team. If you're going to see the movie in theaters, you can expect this right in front of it. Until then, you can watch this short clip. Can you see cute? I just love those big ole' eyes on the characters. I am interested in seeing the full clip. I am counting down the days until The Good Dino releases. This is just another reason to take a trip to the theater!

In “Sanjay's Super Team,” the new short film from Pixar Animation Studios, accomplished artist Sanjay Patel uses his own experience to tell the story of a young, first-generation Indian-American boy whose love for western pop culture comes into conflict with his father’s traditions. Sanjay is absorbed in the world of cartoons and comics, while his father tries to draw him into the traditions of his Hindu practice. Tedium and reluctance quickly turn into an awe-inspiring adventure as the boy embarks on a journey he never imagined, returning with a new perspective that they can both embrace.