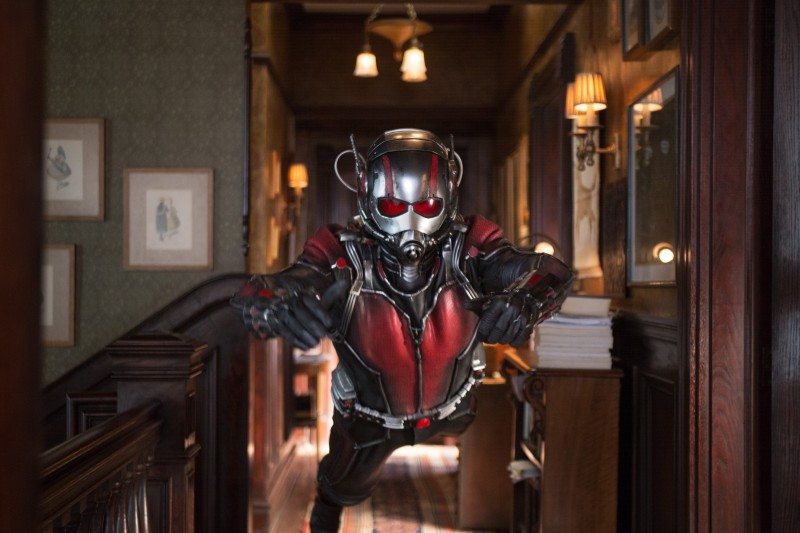 The first trailer that I watched of Ant-Man won me over. Besides the fact that Paul Rudd and Michael Douglas (two of my favorite actors) were in this movie, I was just so thrilled by the concept – a superhero the size of an ant. Before this film, I’d watched most of Marvel’s movies and was always pleased. I knew that the actors were carefully chosen and the story was written thoughtfully. I mean, Disney doesn’t do it any other way, right?

Since, I have never read the Ant-Man comics, I walked into the movie with a clear mind and a slight idea of the storyline. I don’t mind it this way because I don’t have to worry about comparing the story to the comic books. I only knew the gist of the story, which is mainly because I keep myself from watching multiple trailers, as I hate for movies to be ruined for me. With that said, my expectations for the film were quite average. I always expect for Disney and Marvel to impress me. 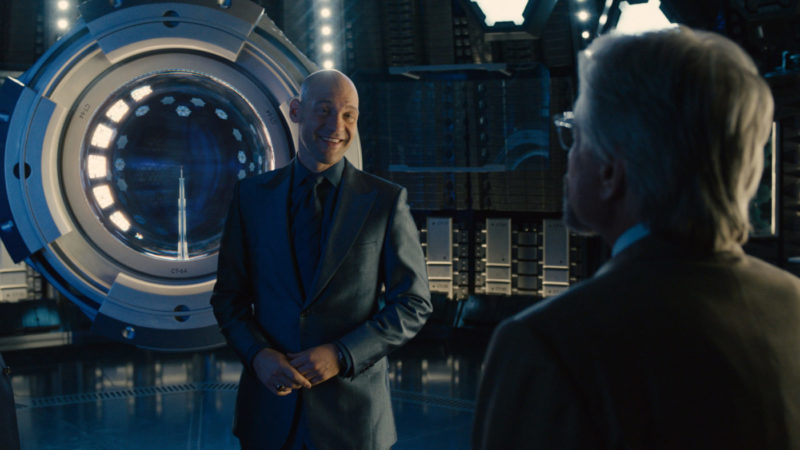 I will say that sometimes I worry about not understanding the story of a movie based on a book/comic. Sometimes the writers just expect us to get certain parts of the film, leaving those that aren’t already familiar, in the dark. This was not at all the case with Ant-Man.

Ant-Man begins by introducing us to the main characters. I must say, each character was introduced perfectly. They allowed us to build a bond with the “good guys” and understand their back-story. This was perfect because it made us despise the villain even more. 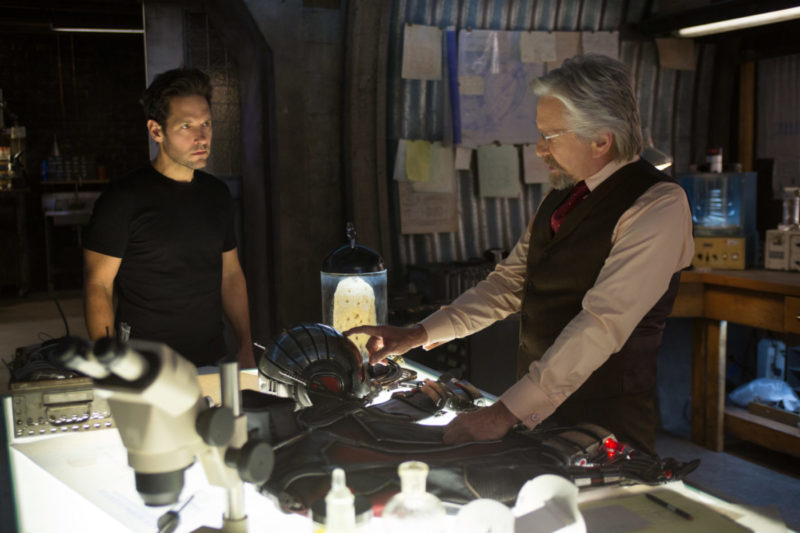 Michael Douglas’ witty charm and stern attitude made him just right for the role of Ant-man’s mentor, Dr. Hank Pym. Dr. Pym was the genius behind the Ant-Man suit. However, he kept the suit hidden deep away from the world. The idea of a soldier the size of an ant would be quite remarkable, right? Well, not if the idea gets into the wrong hands. When Dr. Pym finds out that Darren Cross was creating a similar concept, Dr. Pym knew that he had to protect the world by pulling off a very dangerous and complex heist. The only issue was that Dr. Pym needed the right man to wear the suit. Someone capable, willing, and desperate enough for the job – Someone like Scott Lang. 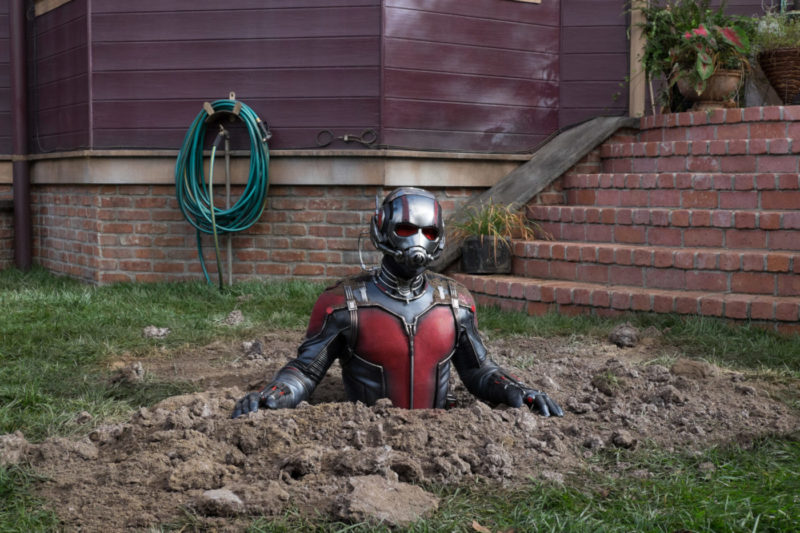 Paul Rudd was the perfect man for the role of Scott Lang aka Ant-Man. His sense of humor, casual-exterior, and likeable personality was what really captivated the audience. You get the feeling that this is his real self, besides the shrinking into an ant, of course. There was something so loveable about his character. Maybe it was the relationship with his incredibly smart and adorable daughter or maybe it was his upbeat attitude. I can tell you that whatever it was, the audience immediately loved him. 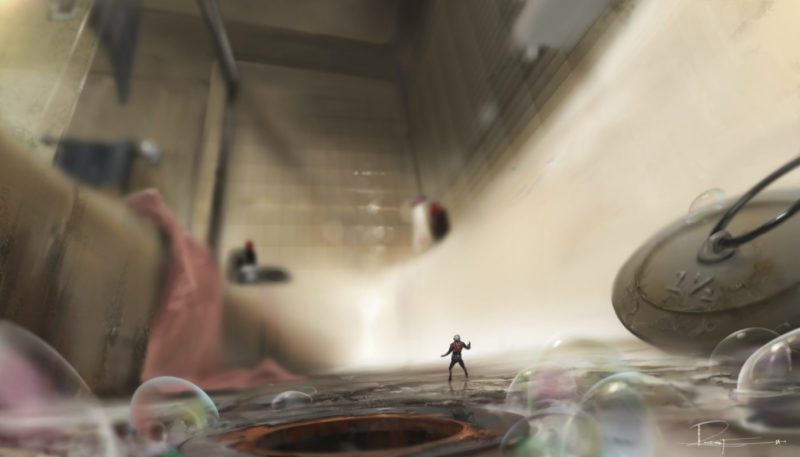 The entire movie has you laughing and wanting more. Every single character was chosen so well. I can’t help but feel like this is one of my favorite superhero movies of all time. It’s funny. It’s thrilling. It’s SO clever. There are even mentions of the last Avengers movie in it, which really appeal to the fans of Marvel. There are certain moments in the movie that make you feel like there is an inside joke between you and the writers. You even fall in love with the ants in the movie (especially ANTony haha). I’ve never thought ants were this cute in my life. Haha. The ant’s perspective is so intriguing. They put a lot of thought into what you would see if you were that tiny. The movie gives us a new perspective on things that we never even think of, like how a water drop looks to an ant or how a bug feels in a bathtub. The special effects are so perfect in the movie that you’d swear they strapped a camera onto an ant (inside joke for those that have seen the film). 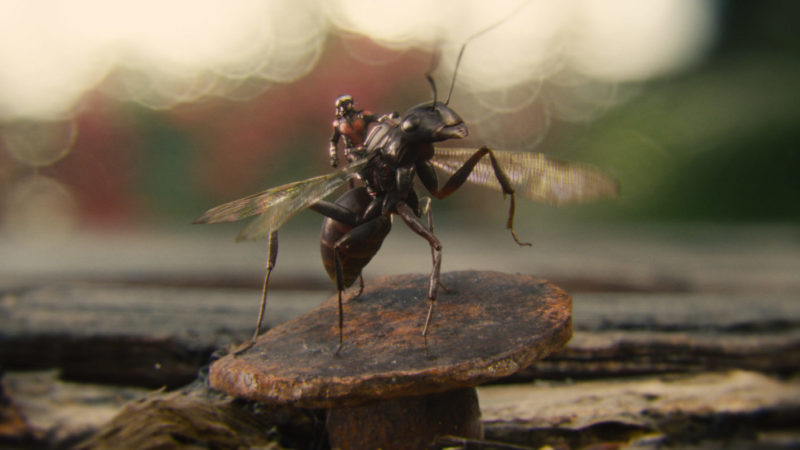 Overall, I have to say that Ant-Man is a MUST see. It received a standing ovation and a round of applause as they move closed. Whehter you’re already an Ant-Man fan or you’re a newcomer, I promise that you will not be disappointed with this film! Just make sure that you stay after the credits for a traditional Marvel sneak peek! 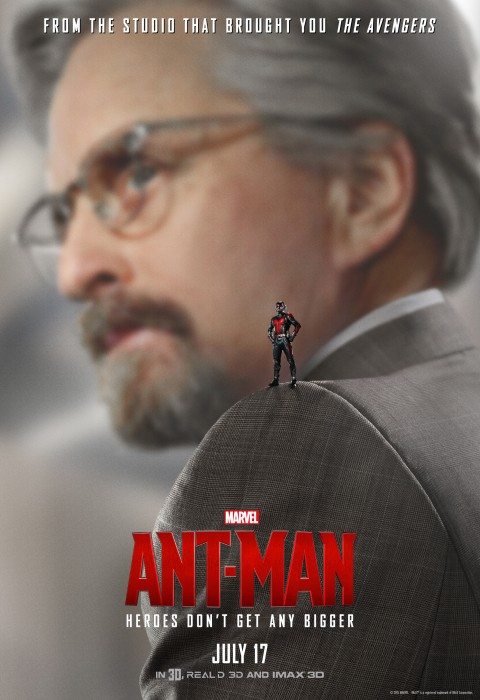 The next evolution of the Marvel Cinematic Universe brings a founding member of The Avengers to the big screen for the first time with Marvel Studios’ “Ant-Man.” Armed with the astonishing ability to shrink in scale but increase in strength, master thief Scott Lang must embrace his inner hero and help his mentor, Dr. Hank Pym, protect the secret behind his spectacular Ant-Man suit from a new generation of towering threats. Against seemingly insurmountable obstacles, Pym and Lang must plan and pull off a heist that will save the world.

The next evolution of the Marvel Cinematic Universe brings a founding member of The Avengers to the big screen for the first time with Marvel Studios’ “Ant-Man” when master thief Scott Lang must embrace his inner hero and help his mentor, Dr. Hank Pym, protect the secret behind his spectacular Ant-Man suit from a new generation of towering threats.

HAS THIS EVER HAPPENED TO YOU? 🥺 Life is goin

I lost my grandmother a few days ago. While the

This is the shit I live for... life’s simple ple

HOW TO SET STRICT BOUNDARIES: 1. Treat yourself a