There was a a lot of hype about Ratchet & Clank when it hit theaters. I'm going to be honest, I wanted to sneak away from the house to see it in theaters. There was something so fun about it! Apparently, it was a video game! I'm sure that some of you are saying, “Yes, we know!” It's all news to me, people. I'm not going to lie, I kinda want the video game now – just sayin! I just knew that I needed to grab it on Blu-ray as soon as possible. I've partnered with Universal to not only check out the Ratchet & Clank Blu-ray, but to give one to a lucky winner, as well! 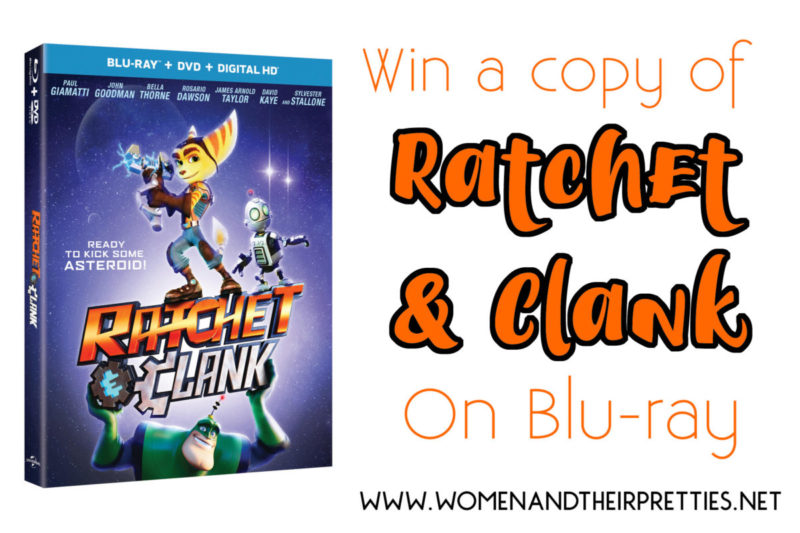 The iconic best-selling PlayStation2 video game comes to life when two unlikely heroes join forces to save their galaxy in Ratchet & Clank, an all-new animated adventure. With its arrival on Digital HD on August 9, 2016, and Blu-ray™, DVD and On Demand on August 23, 2016 from Universal Pictures Home Entertainment, fans of the video game, as well as newcomers to its irreverent, action-packed universe, can blast off with Ratchet and Clank on an out-of-this-world journey where they learn the true meaning of friendship, determination, and heroism.

Based on the celebrated video game franchise, Ratchet & Clank follows two accidental heroes who join forces to save the universe. Ratchet is a “lombax” with big dreams of joining the elite fighting team, the Galactic Rangers. Clank is a spunky robot who discovers that the evil alien Chairman Drek has a weapon that can destroy whole planets in a moment’s notice. The two misfits must use their wits to help the Rangers save the day in this thrilling and funny adventure featuring the voices of Paul Giamatti (The Amazing Spider-Man 2), John Goodman (Monsters, Inc.), Bella Thorne (Alexander and the Terrible, Horrible, No Good, Very Bad Day), Rosario Dawson (The Lego Batman Movie), and Sylvester Stallone (Creed). The stellar voice cast is rounded out by the game’s original performers including James Arnold Taylor, David Kaye, Jim Ward, and Armin Shimerman, reprising their respective video game roles of Ratchet, Clank, Captain Qwark, and Dr. Nefarious. 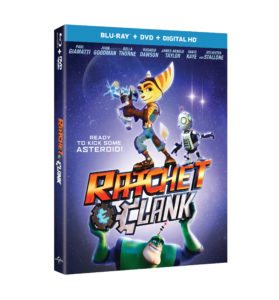 The Blu-ray™ Combo Pack includes a Blu-ray™, DVD and Digital HD with UltraViolet™.

Enter to win a copy here