We all know the story of Snow White. It's a tale as old as time (Ignore my Beauty and The Beast reference – I'm obsessed). What we haven't heard (until now) is the story before Snow White. Aren't you a little curious about what happened before the story that we all know and love? I'm curious about the before and after of every movie that I love. The Huntsman Winter's War is a movie that you want to own. Not only is it an action-packed thriller with a stellar cast, the story is really interesting. 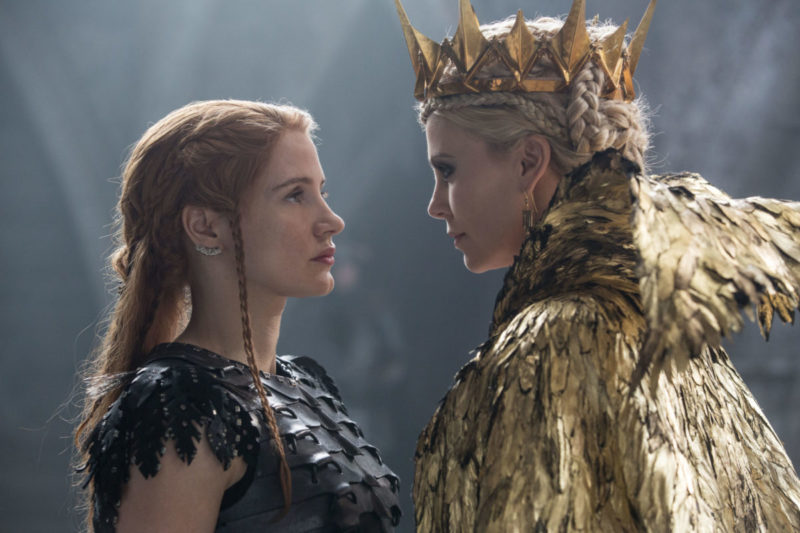 The Huntsman: Winter’s War stars Charlize Theron (Mad Max: Fury Road, Monster) as the evil Queen Ravenna, who betrays her good sister Freya (Emily Blunt: Sicario, Edge of Tomorrow) with an unforgivable act, freezing Freya’s heart to love and unleashing in her an icy power she never knew she possessed. Retreating to a kingdom far to the north, Freya raises an army of Huntsmen as her protectors, with the only rule that no two of them should ever fall in love. As a war for domination escalates between the two queens, the hero standing between good and evil is Freya’s most elite Huntsman, Eric (Chris Hemsworth: Thor, Star Trek Into Darkness). Alongside fellow warrior Sara (Jessica Chastain: The Martian,The Help) — the only woman who has ever captured his heart — Eric must help Freya vanquish her sister or Ravenna’s wickedness will rule for eternity.

Lucky for my readers, I am giving a Blu-ray copy of The Huntsman Winter's War! Just use the form below to enter and be sure you scroll all the way down to enter the other giveaways in The Last Hurrah hop!

Welcome to The Last Hurrah Giveaway Hop brought to you by The Hopping Bloggers!

Hosted by: Mama Smith's & Women and Their Pretties

A group of bloggers have come together to give you some amazing giveaways, all with a minimum prize value of $15 – but some are much more! Be sure to enter them all because there is no limit to how many you can win. Good luck!