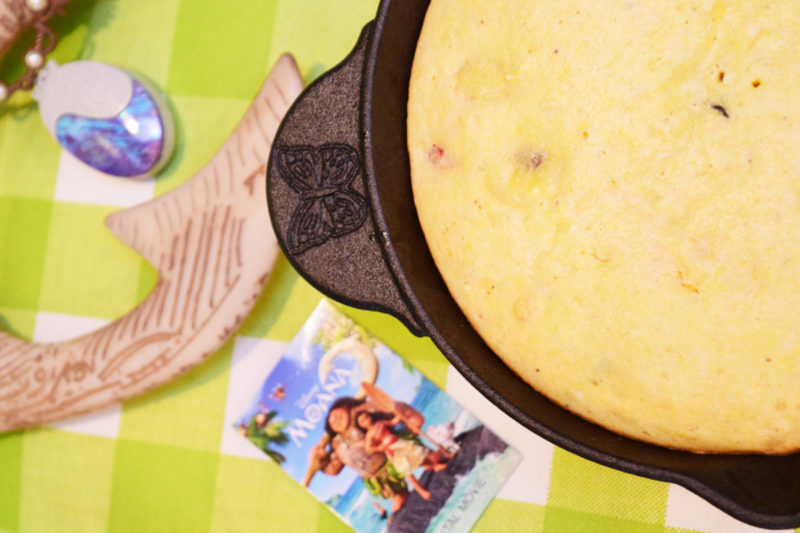 This post is brought to you in partnership with Disney!

Moana has been deemed one of the top Disney movies by many Disney fanatics. In fact, my fiancé ranks it just below The Lion King and Aladdin. That's quite the compliment coming from him. Chances are that you've either watched the film or have listened to the soundtrack multiple times. When a movie is this great, you want to do anything you can to celebrate it. I love coming up with a fun movie-themed craft or recipe for the latest releases. Since Moana was just released on Blu-ray and Digital, I thought I'd celebrate with this fun Moana recipe! 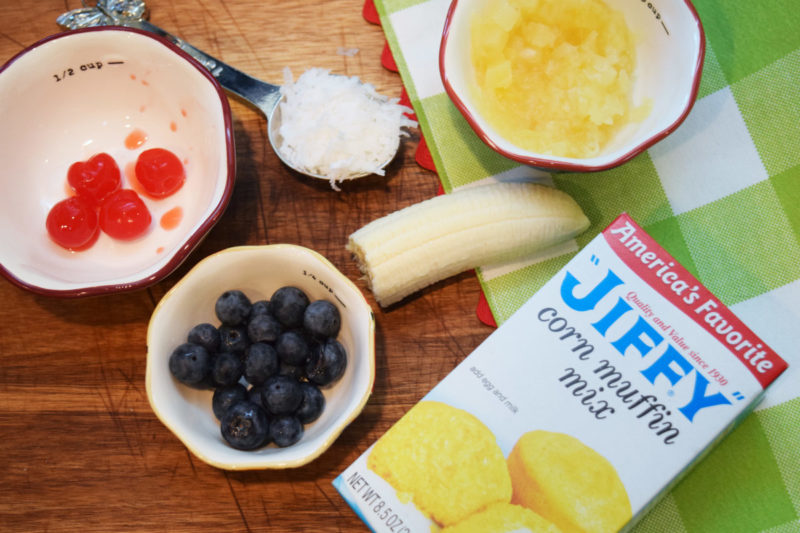 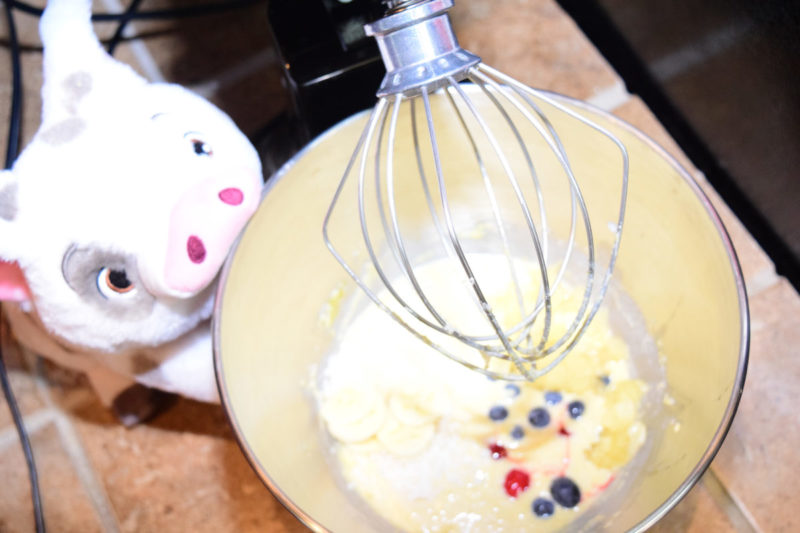 This recipe was inspired by the tropical island of Motunui, Moana's home island. I wanted to create an easy Moana recipe that adults would enjoy making and that children would be excited about eating. That's exactly what I've created with Moana's Tropical Cornbread. It's colorful, flavorful, and fun! 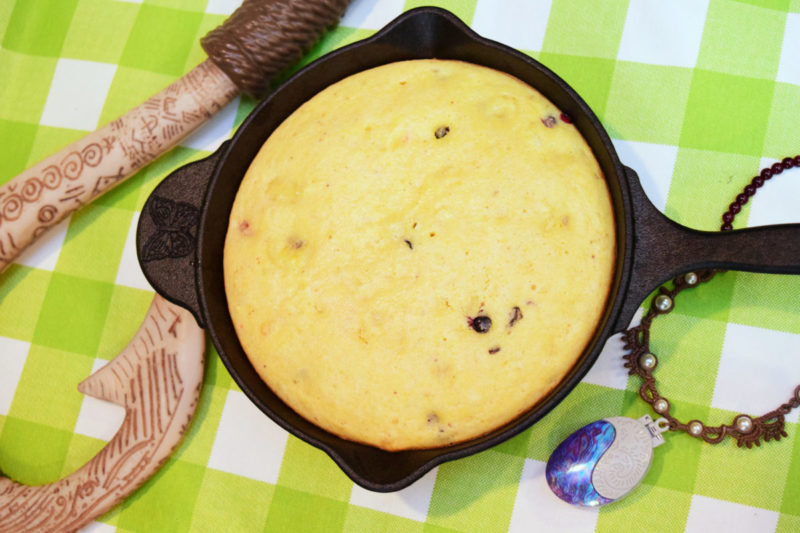 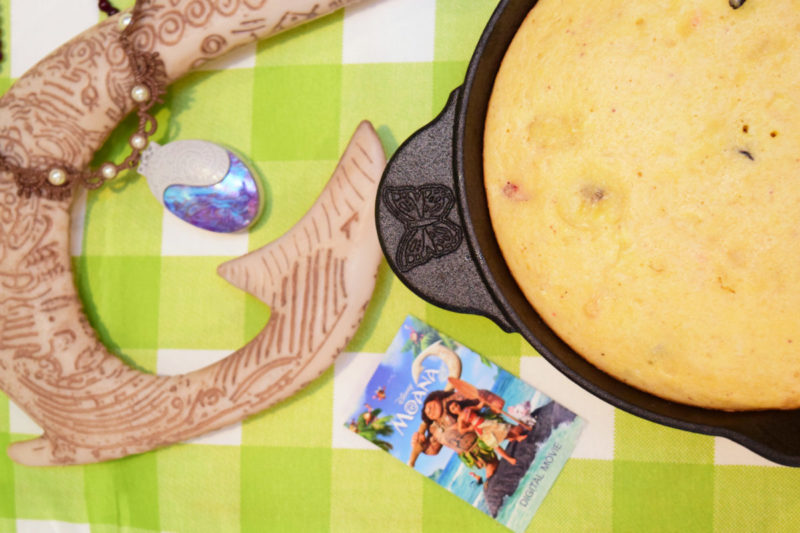 If you've seen Moana, you understand the huge focus on family. I couldn't but to think of my grandmother and her southern cooking. Cornbread is a family staple if you're from the south. I know, I didn't make mind from scratch (she'd be so disappointed) but I wanted to make this recipe as easy as possible for busy parents!

We enjoyed this sweet treat while watching our digital copy of Moana on our brand new Google Chromecast. I was super excited to find out that I could stream right onto my TV with the Chromecast, as well as stream the film on all my digital devices. Not to mention, the Disney Movie Rewards I gained from this. It's a win-win-win. 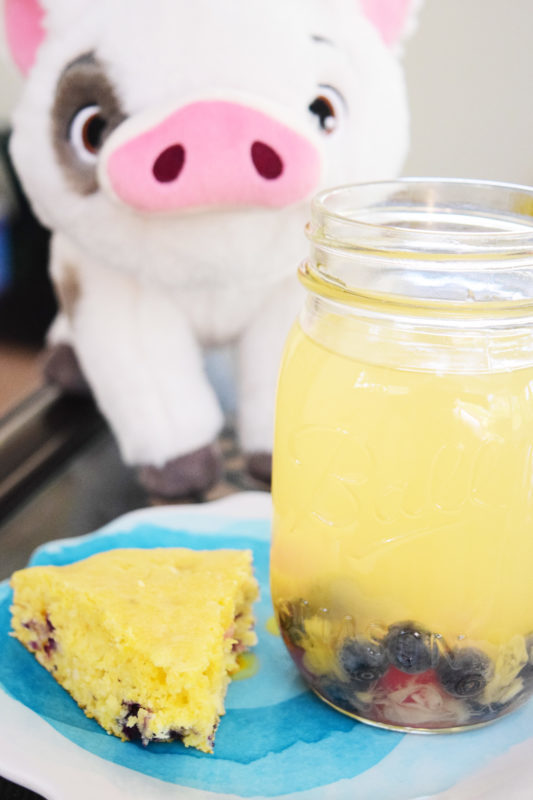 Moana is now available in Digital and Blu-ray

According to directors Ron Clements and John Musker, the story of “Moana” was inspired by the great explorers who masterfully navigated the vast Pacific, discovering the many islands of Oceania. “Voyaging is a real source of pride for many Pacific Islanders, a part of their identity,” says Clements. Many experts believe that about 3,000 years ago, those deep-sea exploratory voyages halted for about a millennium before resuming. This rebirth of exploration sparked the filmmakers’ imaginations, and the heroine at the heart of the story. “The idea of a teenage girl who dreamed of becoming a navigator—considering the abilities of her ancestors—was so appealing,” explains Musker. Moana’s quest to become a wayfinder also serves as a journey of self-discovery, empowering her to find her own identity – a beautiful and powerful message for audiences of all ages and genders. 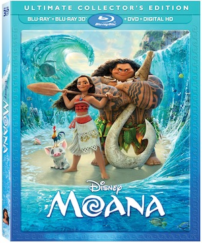 Every Thursday I will begin a new Disney Linky Party, along with the pixie-dusted post for the week! You can add your link at any day or time because the linky randomizes with each refresh. It's never too late to party, so be fashionably late and rock it!
Rules for joining:

Share this LINKY on YOUR Blog's Disney posts! Get the code here!

Add your Disney posts to the linky below