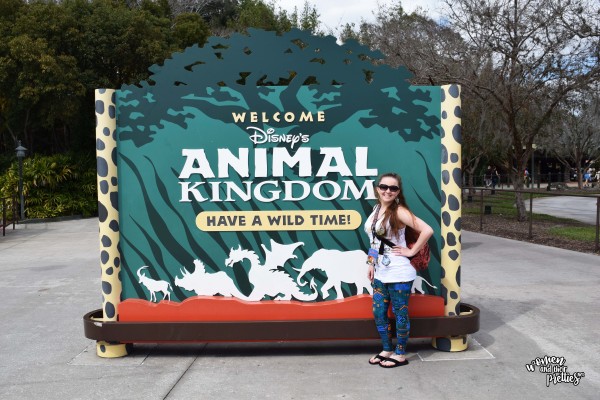 I received complimentary 3-day passes to Walt Disney World, in exchange for my Zootopia press junket coverage and park review.

I visited Disney's Animal Kingdom for the first time a couple of weeks ago. Well, I visited when I was on a class trip in middle school, but that doesn't count because I don't remember anything but the Tigger notebook that I bought (and still have). Needless to say, I walked into the Animal Kingdom with new eyes and an entirely new kind of excitement. 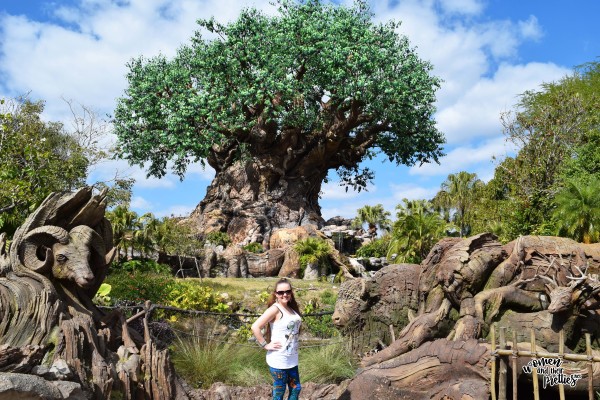 As soon as you walk into the Animal Kingdom, you can't a wild vibe. Everything from the bridges to the buildings makes you feel like you've stepped into a new world. The first thing that stood out to me was the breathtaking Tree of Life. The animals sculpted into this tree are truly unbelievable. There is said to be 12 animals emerging from the tree, but how many do you see? It was fun trying to find them and count them. It's not only a tree, though. Inside of it is the super cute Bug's Life, “It's Tough to be a Bug!“ show, which is a must-see for the kids (and it gives you a chance to rest your feet). There are also animal encounters around the massive roots of the tree. We actually stumbled upon these while strolling through the park. Check out the animals we spotted below! 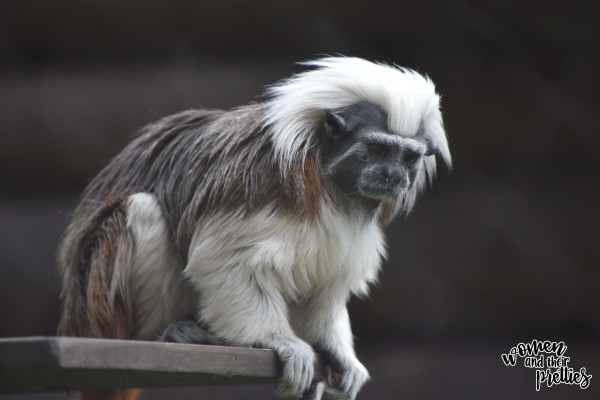 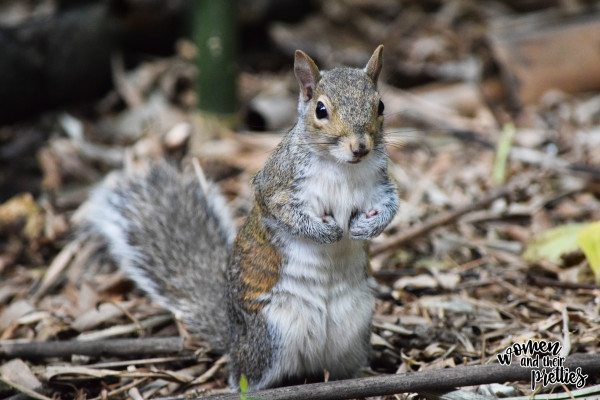 Speaking of animal encounters, we took the Wildlife Express Train over to Rafiki’s Planet Watch to a nice little park area that gave us a closer look at some animals. In this area, you will find a large Rafiki statue and maybe you'll spot Chip & Dale running around (We JUST missed them). There's an animal conservation building that had lots of fun inside. I ran right over to the Zootopia section that was set up. A lot of research took place at the Animal Kingdom for the movie, so I had to check out the display. 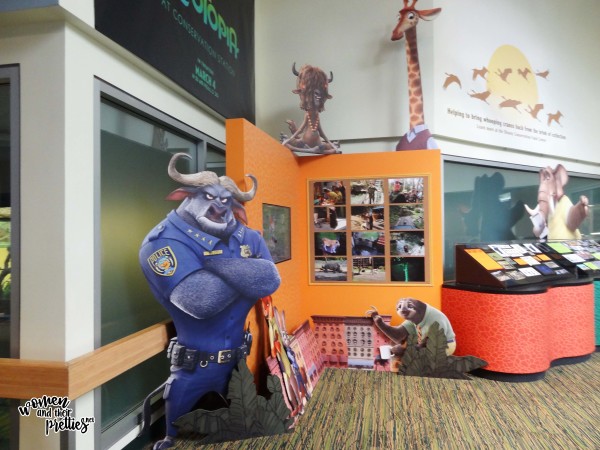 My next stop was to Rafiki. I was super excited for this little surprise. It definitely made the trip ride on the train worth it. 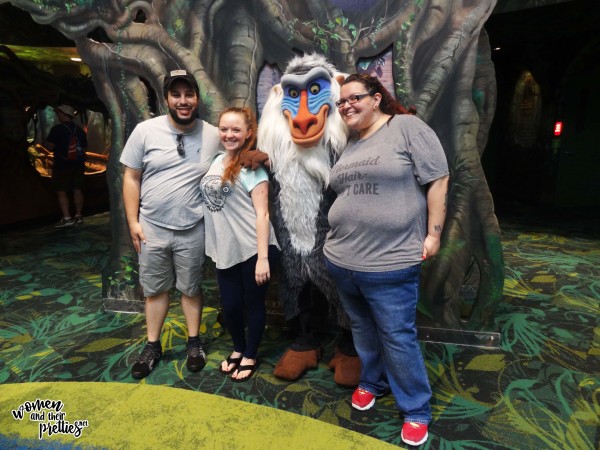 While I taking photos with my Lion King buddy, I saw a big, beautiful rabbit. I got a chance to pet this beautiful thing and learn some fun facts! There was also a possum and an owl that we got an up-close look at. There were also snakes and bugs you could check out, but they were in their tanks (good-thing!). We then left the building to the mini petting zoo where we got to pet goats, sheep, and a cow! How fun is that? If you visit the Animal Kingdom, this is a must-do. It's the best [free] animal encounter you will get in 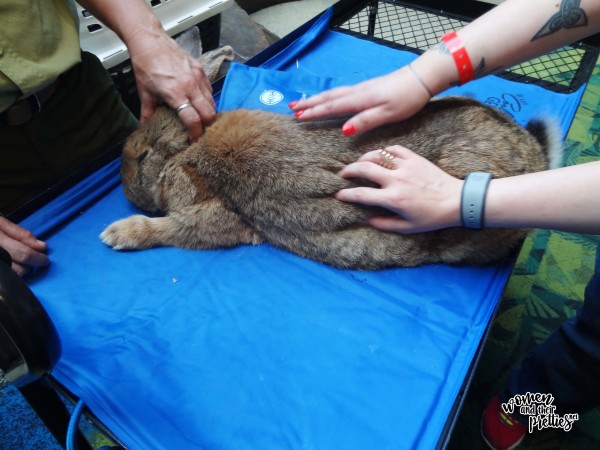 There was also a possum and an owl that we got an up-close look at. There were also snakes and bugs you could check out, but they were in their tanks (good-thing!). We then left the building to the mini petting zoo where we got to pet goats, sheep, and a cow! How fun is that? If you visit the Animal Kingdom, this is a must-do. It's the best [free] animal encounter you will get in the Animal Kingdom. 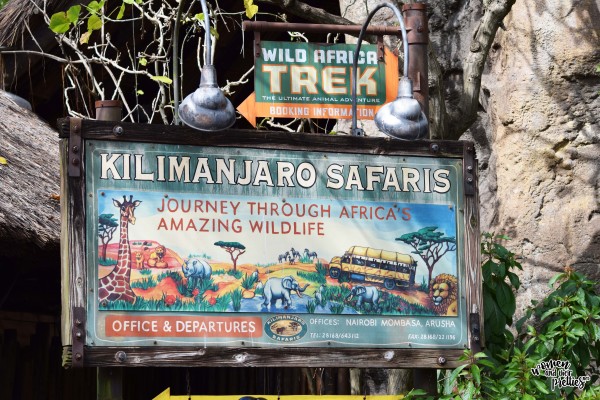 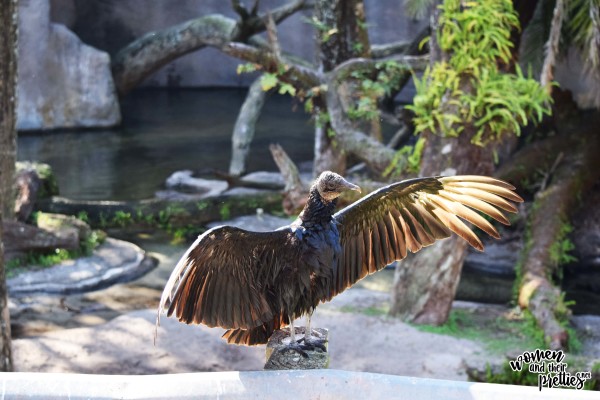 My favorite thing at Animal Kingdom was definitely the Kilimanjaro Safari! If there's only one thing that you can do in Animal Kingdom, it is this.  It was much more than I expected. I have been on plenty of safaris at amusement parks and zoos, but this one was by far my favorite. You really get a great look at the animals. Not to mention that the tour guide was quite informative and entertaining. 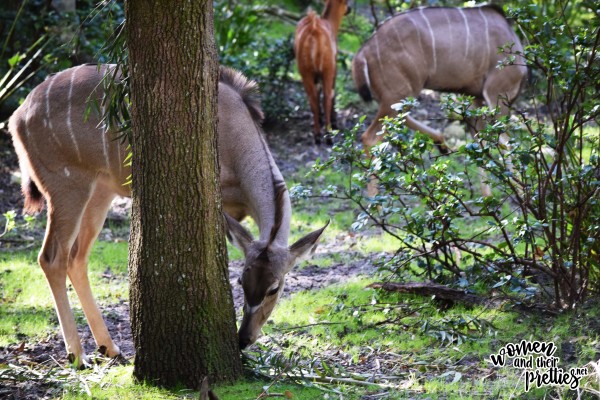 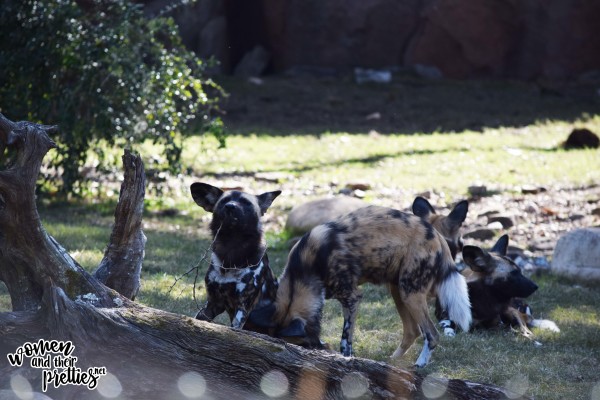 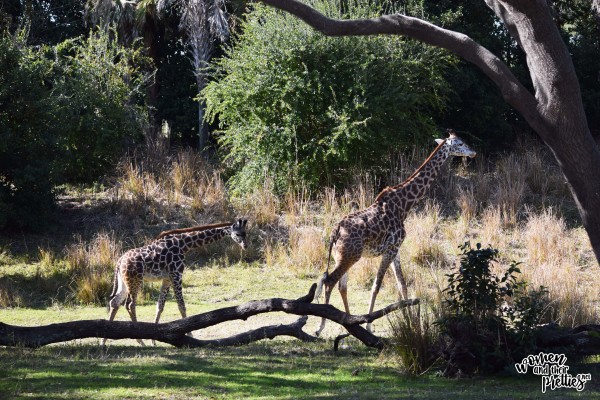 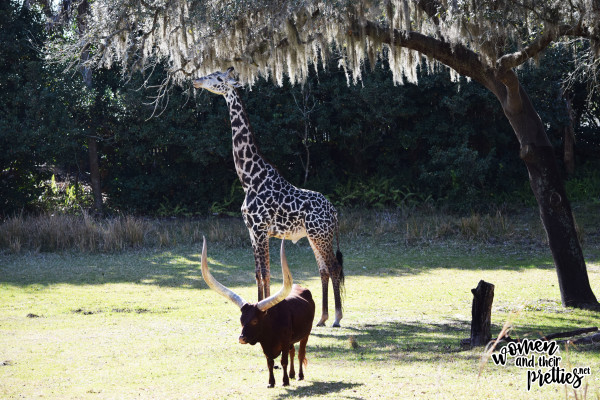 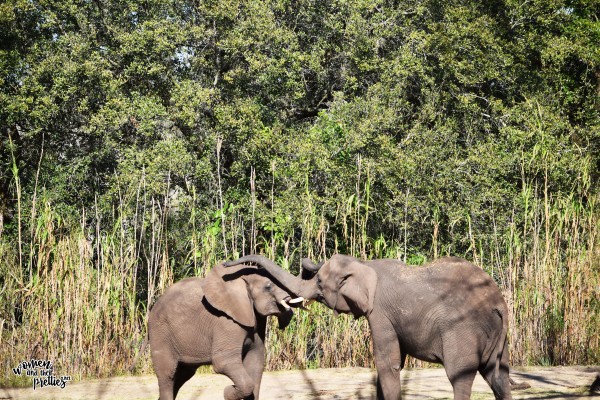 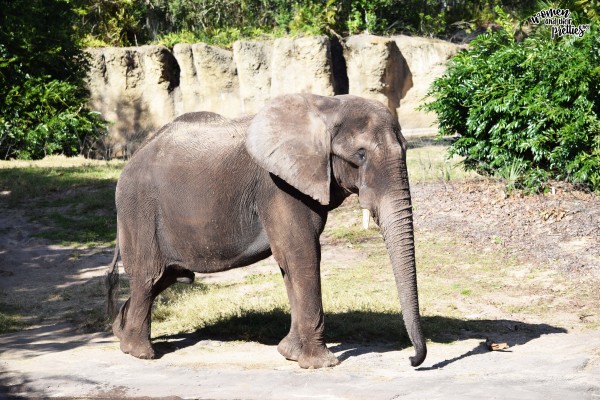 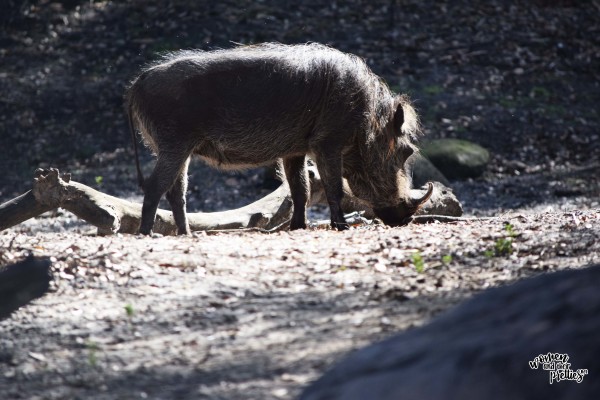 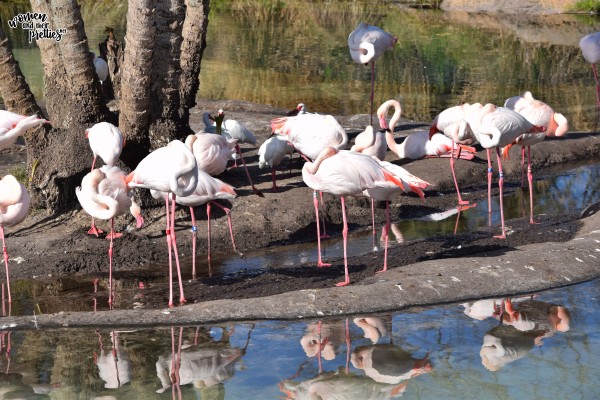 There was one point that a zebra was so close to our jeep that I could have reached out to touch him. There were elephants, cheetahs, a lion, and more. I'll let the pictures do the talking. 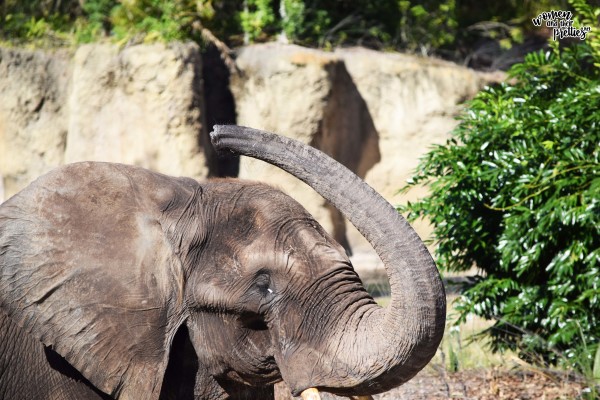 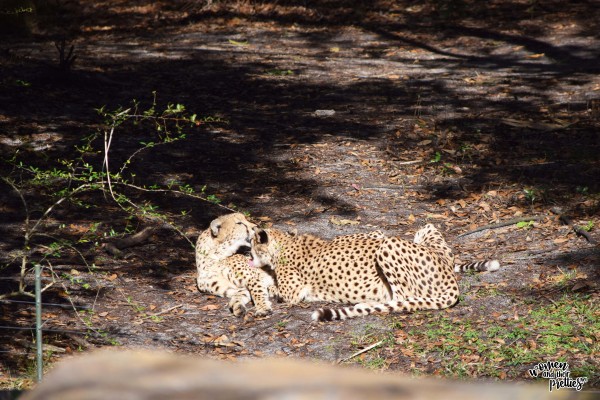 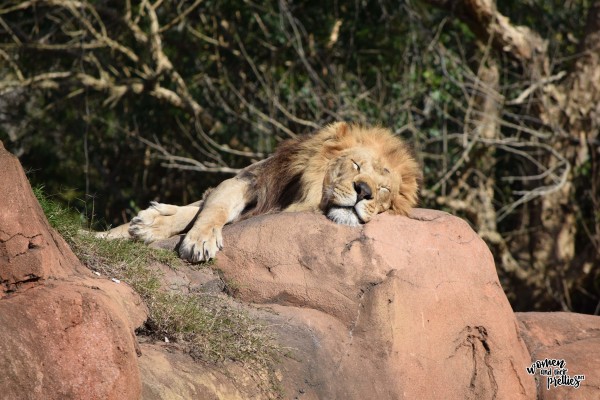 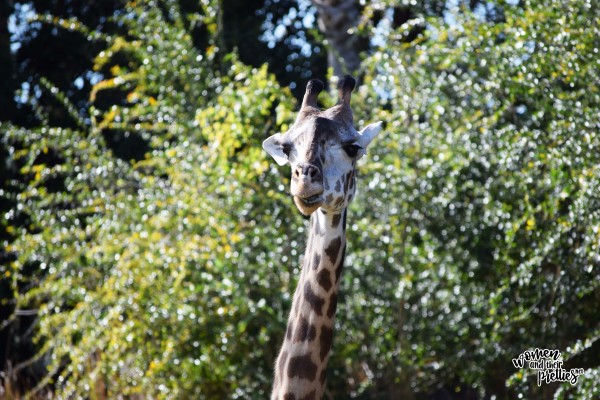 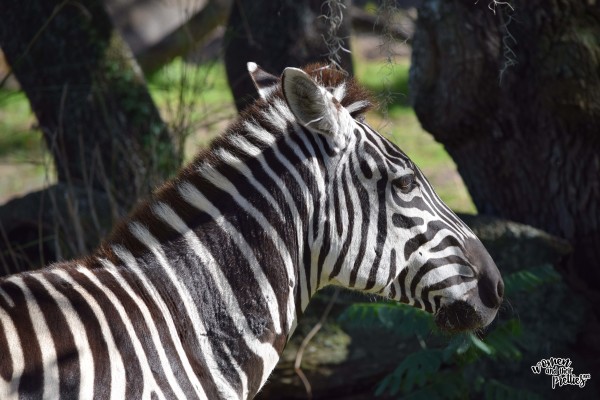 I loved the Animal Kingdom. I feel like I could spend an entire day there and still not get enough of it. There are great food and drinks, fun rides (Dinosaur), and awesome experiences. This Walt Disney World park is definitely one to visit and plan to spend a full day there. Especially since the Rivers of Light show is coming this Spring and you know what that means – evening hours!

Visit the Animal Kingdom website now to plan your vacation!

Read all about my Zootopia press trip here