Travel and accommodations for the Loving Press Conference provided by Focus Features. All opinions are my own.

We are all guilty of assuming we'd react a certain way in a stressful situation. Some of us are confident enough to think we would choose to fight in a fight-or-flight situation. Realistically speaking, we don't really what we'd do until it happens to us. It's something within us that pushes us to fight or to run. I'd love to think that if I were in the same situation as the Lovings were in the 50s, that I'd do exactly what they did: fight for my right to love. The reality is that it takes a very special person to fight against all odds. It takes a strong individual to follow their heart, even when the world is telling them that they are wrong.

That's what the interracial couple, Richard and Mildred Loving did in the 1958 when they were forced to leave the state (or spend a year in prison) simply because they chose to marry one another. Richard and Mildred of course, chose to stay together and leave VA. They left the state the state of Virginia to live a life together in D.C. Although they were together as a family, Mildred's heart was still with her roots in Virginia.

The inability to travel as a family back to Virginia was wearing down on Mildred. She finally decided to do something about it. She sent a letter about their case to the Attorney General, in hopes of getting her voice heard. He then forwarded their case to the American Civil Liberties Union (ACLU). In 1964, the ACLU (who worked pro bono) filed a motion on behalf of the Lovings to have the judge's ruling reversed. Eventually, the case reached the Supreme Court. 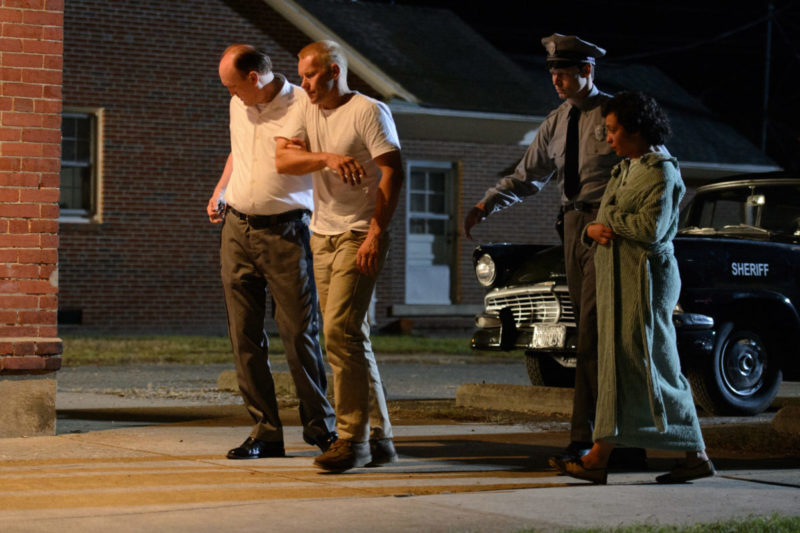 Their lawyer, Bernard Cohen, reminded the Lovings that this case could change the United State Constitution. Clearly, there was no pressure at all, haha. The Lovings continued to remain hopefully – specifically Mildred. She was the backbone to all of this. When Richard couldn't handle it anymore, Mildred stayed strong and kept fighting and it's an incredibly thing she did because they won their appeal in the Supreme Court!

Marriage is one of the “basic civil rights of man,” fundamental to our very existence and survival…. To deny this fundamental freedom on so unsupportable a basis as the racial classifications embodied in these statutes, classifications so directly subversive of the principle of equality at the heart of the Fourteenth Amendment, is surely to deprive all the State's citizens of liberty without due process of law. The Fourteenth Amendment requires that the freedom of choice to marry not be restricted by invidious racial discrimination. Under our Constitution, the freedom to marry, or not marry, a person of another race resides with the individual and cannot be infringed by the State.

It's been said that every individual who met Mildred Loving, was inspired by her. Her prescence was always known. She was humble, yet so powerful and impactful. The love and determination of Mildred and Richard Loving, not only lead the USA to legalize interracial marriage, their case has been referenced in multiple rulings, such as that of same-sex marriage in the United States of America.

The Lovings story is the most honest and beautiful love story of all time. It's time that we told the world about it. Spread the word by using the hashtag #ThisIsLoving.

From acclaimed writer/director Jeff Nichols (“Take Shelter,” “Mud,” “Midnight Special”), LOVING celebrates the real-life courage and commitment of an interracial couple, Richard and Mildred Loving (Joel Edgerton and Ruth Negga), who married and then spent the next nine years fighting for the right to live as a family in their hometown. Their civil rights case, Loving v. Virginia, went all the way to the Supreme Court, which in 1967 reaffirmed the very foundation of the right to marry – and their love story has become an inspiration to couples ever since.