Wondering what a Taika Waititi interview is like? We discussed his role as Director of Thor: Ragnarok and acting in the film as Korg. He's a quirky, whacky, entertaining man in every way! This event is was hosted by Disney as part of the #ThorRagnarokEvent.

When preparing to interview a director, you never really know what to expect. Some directors are very serious, giving only factual information and telling the same stories they've told the press time after time. Other directors are real storytellers! They are ready to talk about anything and everything. Setting the tone for a good interview, means fully preparing for any personality type, any mood. 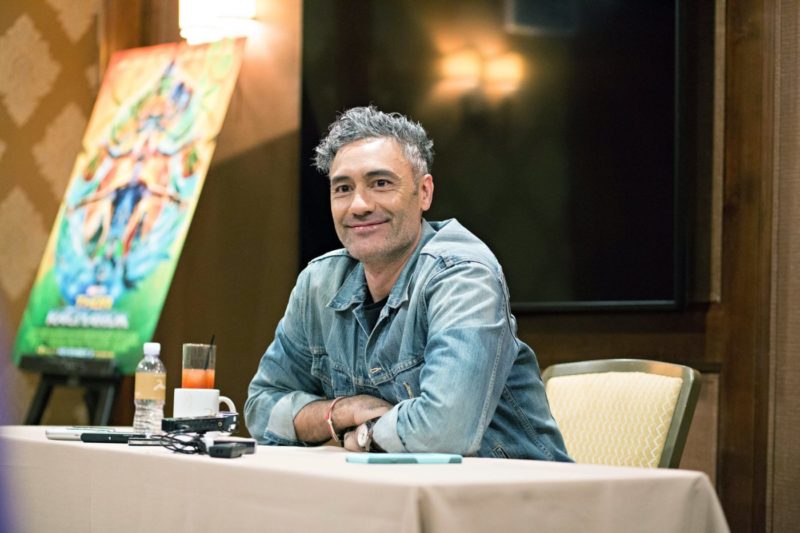 As I sat in a small room with a group of other bloggers, I couldn't help but to feel that our Taika Waititi interview would be much like our James Gunn Guardians of the Galaxy Vol. 2 interview – full of laughter and juicy little details. I expected this because Thor: Ragnarok was much like Guardians 2 in the sense that it was loaded with comedy, bright colors, and just enough emotion to touch you right in the heart.

Well, for the most part – I was right. But, Taika is much more than a director. He's a complete and utter talent. He doesn't put on a show – he is the show. From the moment Taika Waititi stepped into the room, I knew it was going to be a good half hour. As we applauded his arrival, he stepped back as if he was completely blown away. With wide eyes and a look of shock, the biggest smile crossed his face. Then, we immediately jumped into the interview. 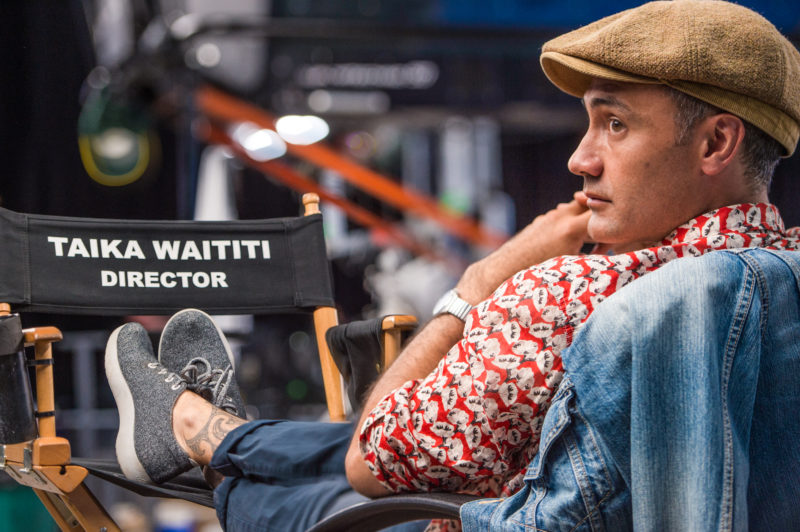 Stepping into the Marvel Universe has got to be intimidating, especially for Taika Waititi considering he was directing Thor: Ragnarok and acting as the character, Korg. However, he jumped in headfirst and kicked ass! 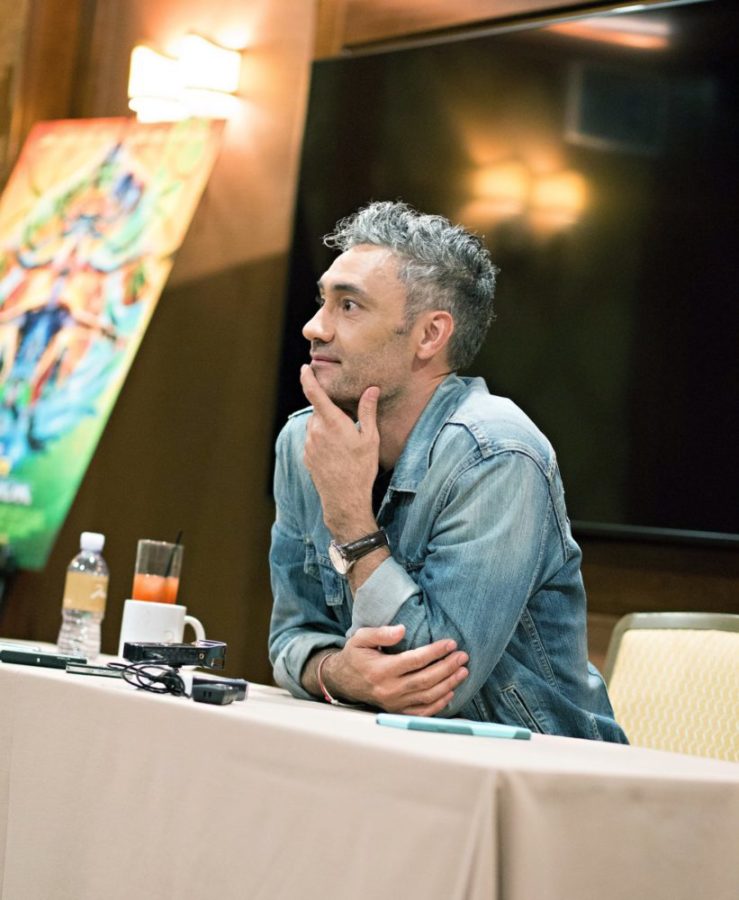 It was exciting. My experience was making very independent films, low budget, 25 day shoots. My first reaction was, “I guess Marvel's lost their mind or they’re just asking anyone to do anything”. So, I was unsure if I really wanted to get out of my comfort zone.

I came in very late (to the Marvel/Thor team). I started feeling like I treading water a little bit and I wanted to just keep upping the game and learning. Then we did the pitch with Marvel.

They’re really amazing people and the thing with pitch is that a lot of people think it’s been about pitching stories. I think it’s just about assessing each other, figuring out if you wanna hang out for two years. So we went and hung out in Marvel offices and they were really great. I don't have any regrets!

The pressure of bringing back Hulk and Thor:

Why would someone even attempt to take on such major characters? Especially someone new to the Marvel Universe. Taika responds sarcastically:

Because I'm a self-saboteur. Any chance I get to put my career at risk I’ll just do it. 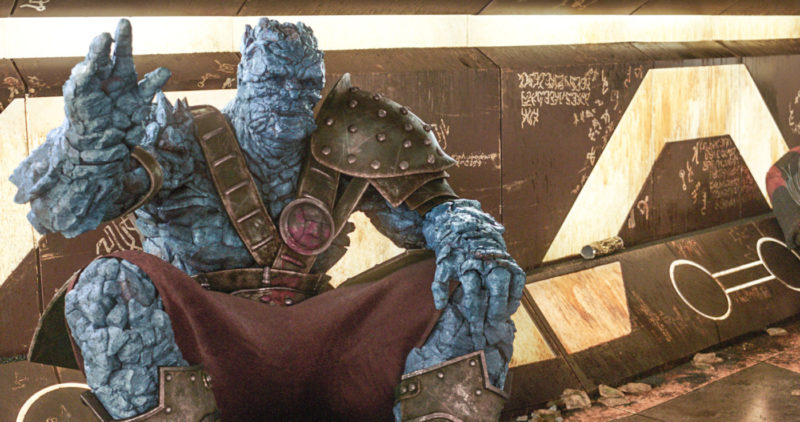 Being Korg, “the mother of the film”

I will wage myself up in any film I do. I really love the title. But with so many eclectic characters and crazy elements in this film, you often need something grounding for the audience.

I feel [like I'm] really good at playing mom characters. So in this film, my character is like the mother of the house. Korg is very much the mother of the prison and  looks after everyone. I think audiences appreciate having someone that’s just down to earth and gentle because you need that.

“All of Korg’s dialogue was improvised.” 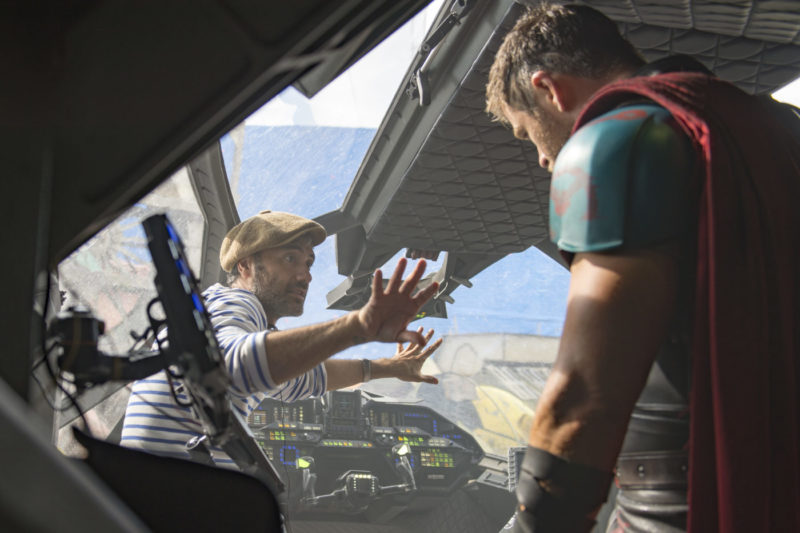 Wait, what? That's a first! Taika explains how the majority of Thor: Ragnarok was improvised!

I hear about specific actors (typically comedians) improvising a lot of their role, especially in Disney/Marvel movies because they are so open to creative freedom! However, hearing that a director worked with actors to improvise a major motion picture is a first! It's only proof that Taika is as brilliant as I've said a million times before.

Chris Hemsworth and I get on very well and a lot of the scenes in this film were adlibbed.

I used the script as a template, as a sort of suggestion for where we can go. We’ll do a version of it and then we’ll play around, do another and another, just making stuff up. Because, you write dialogue six months before you shoot, you think it’s amazing at the time but, you know you don’t even know what will change or it might be a bore, so it changes on the day of filming.

I'd imagine that meeting and working with actors would change a script greatly because their talent would inspire and spark new ideas. 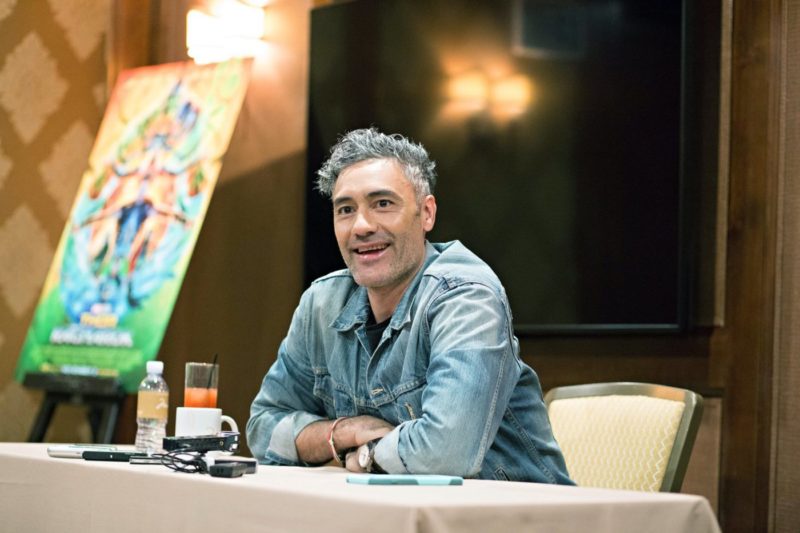 Keeping it together while working with hilarious actors.

I ruined most of the takes by even being in the scene laughing. Because the way I [direct] is I get close to the actors and just stand there and tell them to “say this, say this, say this”.

The joy of bossing around Anthony Hopkins:

That’s a real god complex problem. You know, you can just like manipulate people. I can’t believe I'm making Anthony Hopkins do whatever I want. 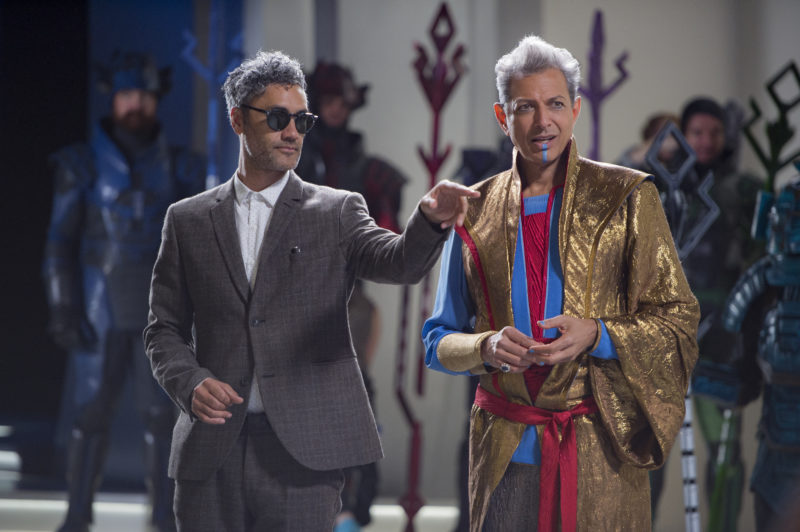 Creating a colorful and comedic atmosphere

How did Taika manage to create such a colorful and comedic atmosphere and why was he attracted to such? He has a very good reason that a lot of us can relate to. His childhood!

Well that was just because when I was a kid I played with comics but I was obsessed with the real weird comics, like really colorful pages and stupid crazy characters. I kind of felt like there was a trend lately that, not just in superhero movies, but a lot of movies were just too serious.

Taika Waititi gets me. He talks about leaving fans with a good feeling after watching Thor: Ragnarok. The good news is that he was very successful!

I hope people come out of the cinema smiling because you can go to any cinema in town no one comes out of smiling anymore.

The world is crazy right now. It’s nice to go away, smile, laugh, and get a little bit of an escape because there’s nothing wrong with that. 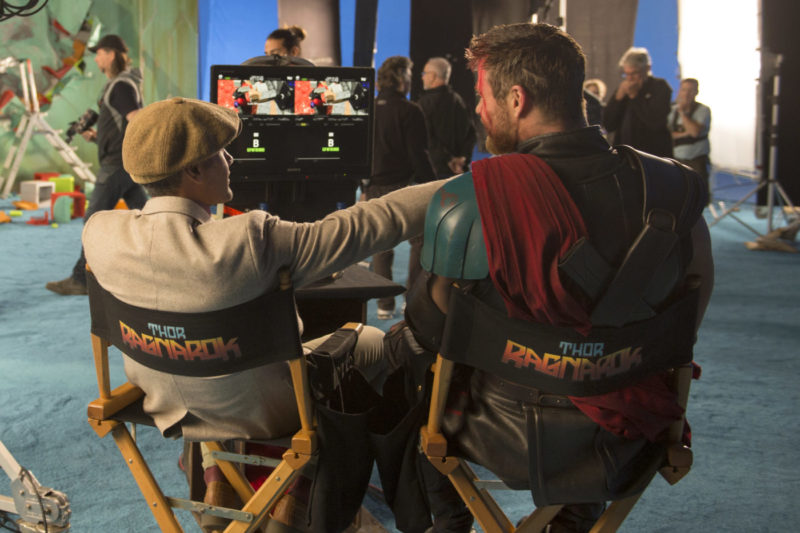 This just in: Taika Waititi plays favorites. He admitted it in great detail:

My favorite performance is Chris Hemsworth's because of how fun, funny , and charming he is. He is the kind of actor who makes you think, “Oh, man if you actually were Thor I would totally come and be with you!”

I just loved having the opportunity to give him free range to just be himself, to be charming and to like be this favorite character. In particular, I love him and Mark I together when they're bouncing off of one another. 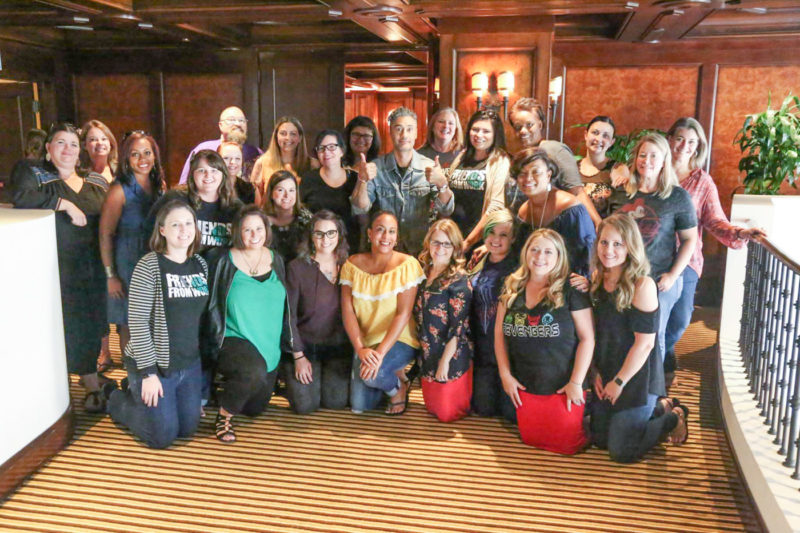 Chatting with Taika Waititi was incredible. The entire interview was filled with laughter shared between us and him. He's very whacky and almost quirky. He has facial expressions and just a way about him that makes you want to see him on the screen more often! I was truly impressed by his ability to keep up engaged and entertained throughout the entire interview. We could have talked to him for another hour without any awkward silences. So, if you're wondering who Taika Waititi is – he's a laid back man that exudes talent. 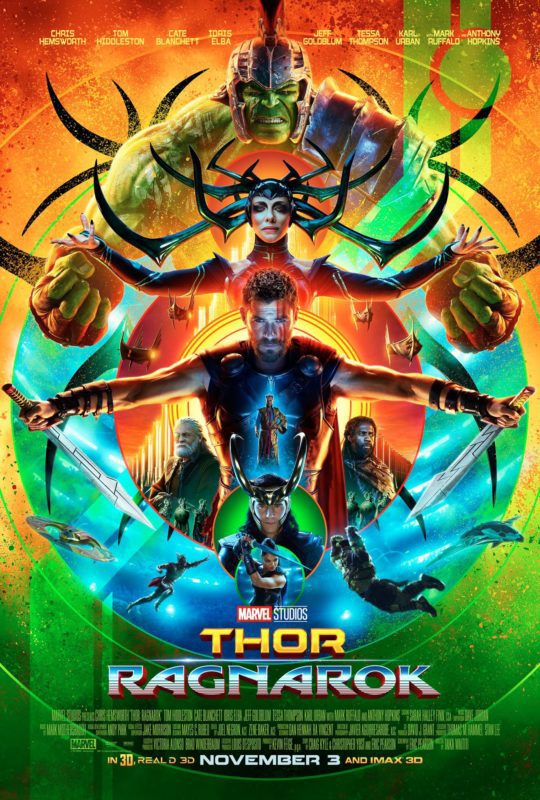