In this Thor: Ragnarok Karl Urban interview, we discuss the process of becoming Skurge, women empowerment, and staying true to yourself. Check it out to see Karl Urban's take on the newest Marvel film. This event is was hosted by Disney as part of the #ThorRagnarokEvent.

It's not every day that an actor walks into a room of bloggers and walks through the aisles to shake all of their hands. In fact, it had never happened Disney/Marvel blogger world until Karl Urban walked into the room. Maybe it was because he walked into a room of beautiful women. Maybe it's because of the huge round of applause he walked into. It's quite possibly just because he's a true gentlemen and actually respects and appreciates the press. He sure did begin our interview on a high note. 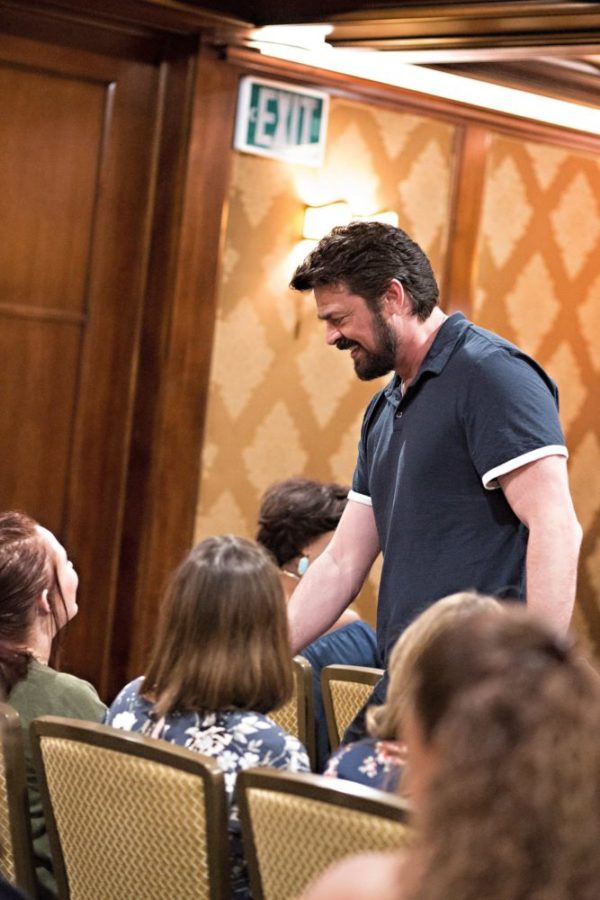 Karl Urban was a hard one to read prior to this interview. I wasn't too familiar with his work, but I knew his roles were action-packed and serious. His role in Thor: Ragnarok as “Skurge” was basically the same. Skurge is strong and powerful. However – we see some sort of emotion in that beastly body of his. So what do you expect from a man that plays such a barbarous role? Well, we definitely didn't expect someone to be so kind, gentle, and genuinely happy. Oh, and don't forget humble and ridiculously handsome. 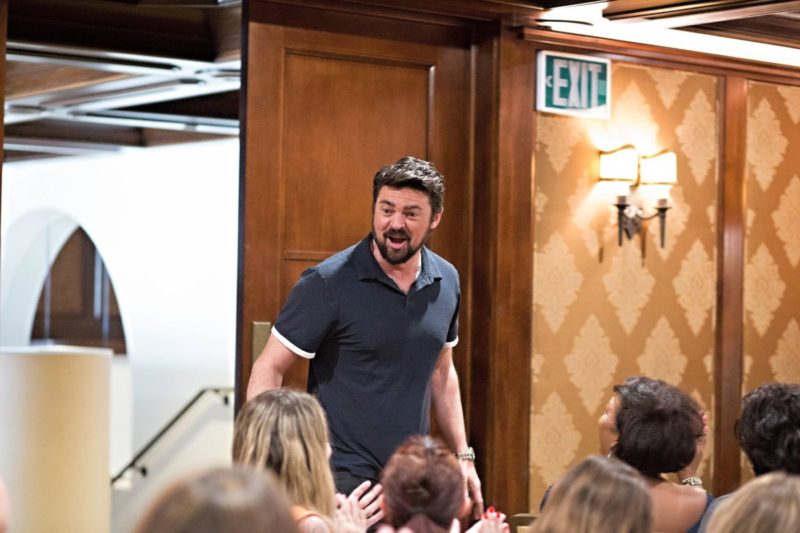 Please be advised that this interview contains spoilers.

So, after our swooning, giggling, and the moment that completely made our day, we decided to talk to actually interview Karl about his role in Thor: Ragnarok.

Karl Urban was a long-time fan of Taika Waititi prior to Thor: Ragnarok. He respected his work very much, so when he got the call from Taika about the role as “Skurge” he was basically sold, before he even read the script or knew what the role was. “He had me half-hooked just be calling me,” Karl laughed.

Then, he sent me the script and I immediately recognized that there was actually something profoundly, emotionally compelling about this character’s journey that was eminently relatable! 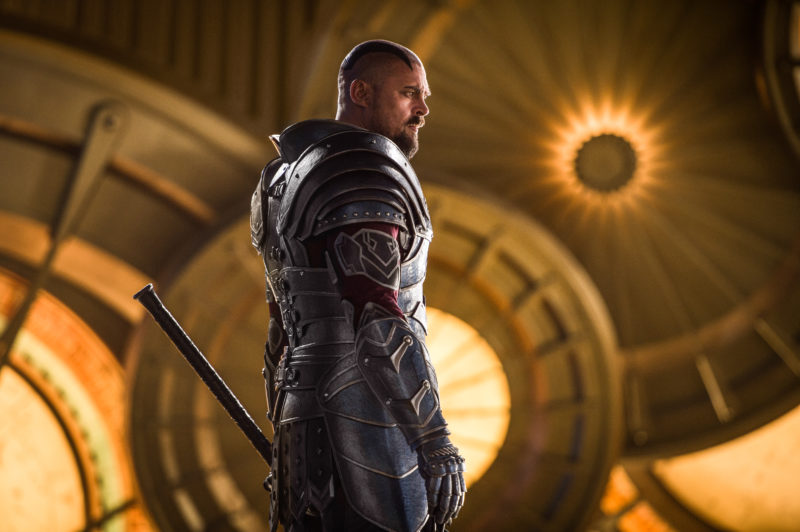 The emotional side of ‘Skurge‘

Skurge is labeled as a villain, but he's got a depth to him that's deeper than probably any other character in Thor: Ragnarok. He's full of fear, conflict, and emotion.

What makes a character interesting is the faults and the flaws that you can understand.

In this case, it's pretty clear that this character is just trying to survive.

You could see what it meant to him, his fear, his regret, his internal repulsion at what he was seeing, was palpable. He had no choice, so again, it was eminently relatable. 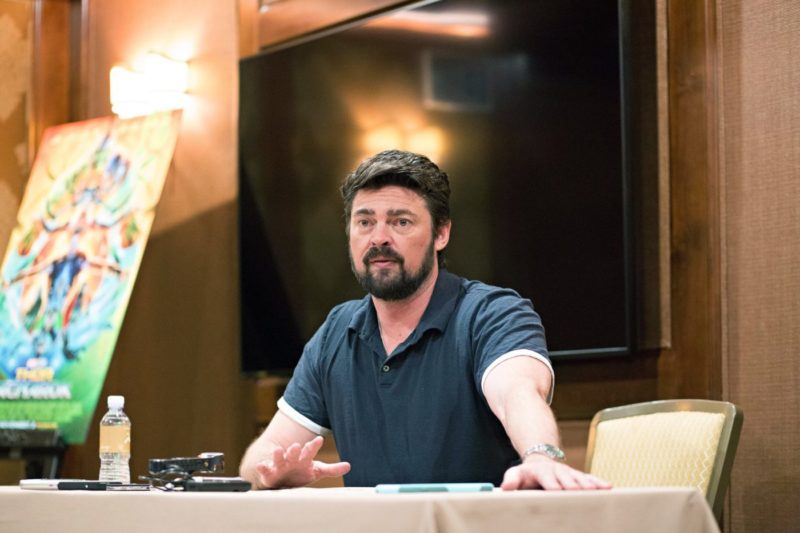 What's it take to get into character when you have such an intense role? Karl Urban dishes the details on how Taika helped everyone stay pumped at all times:

I can say this is one of the most fun sets that I've ever been on. Taika is constantly playing music in between takes. I'm so proud of him. He really handled himself with quite aplomb and I imagine it would have been a pressure cooker situation to be responsible for this behemoth movie. But he did it with such grace and style.

And he created an environment that was not only fun but it was focused. That's a rarity.

The importance of powerful women

As if Karl Urban wasn't impressive enough, he won me over 100% when he talked about the powerful women in Thor: Ragnarok.

It's imperative. I think it would have been a boring movie without them. Cate and Tessa are so wonderful in this film. They are my favorite parts of the movie and I love seeing, Tessa’s swagger. I love the journey of her character from the dark place that she was in, to redemption, to reclaiming herself with her identity. I thought it was a a strong compelling journey.

I also had such such a a a wonderful time working with Cate Blanchett. I mean to be perfectly honest, she was the reason I decided to do this movie, it was the opportunity to work with Cate Blanchett. I read that script and saw that ninety percent of my material was with her, I'm like where do I sign up? How much do I pay you?

I love, love, love knowing how much he appreciates and respects women in film. It's a breath of fresh air to find a man who outwardly discusses the women being necessary to make a superhero movie complete.

Staying True to Yourself

It's not always easy to stay true to yourself, especially when survival is your number one priority. While, in Thor: Ragnarok surviving is much more literal, we're all just trying to survive in our everyday lives. It's easy to lose yourself in an environment that isn't always healthy. In this exclusive, Karl Urban interview he discusses the importance of staying true to yourself:

Here's a character that's put in a situation where he has to make a decision. He has to align himself with a cause that he doesn't believe in but it's the only thing he can do in order to survive. It was a very interesting moral dilemma. And then, once he's crossed that bridge and he realizes there is no turning back, he is looking for a way to redeem himself and that was ultimately, his journey. 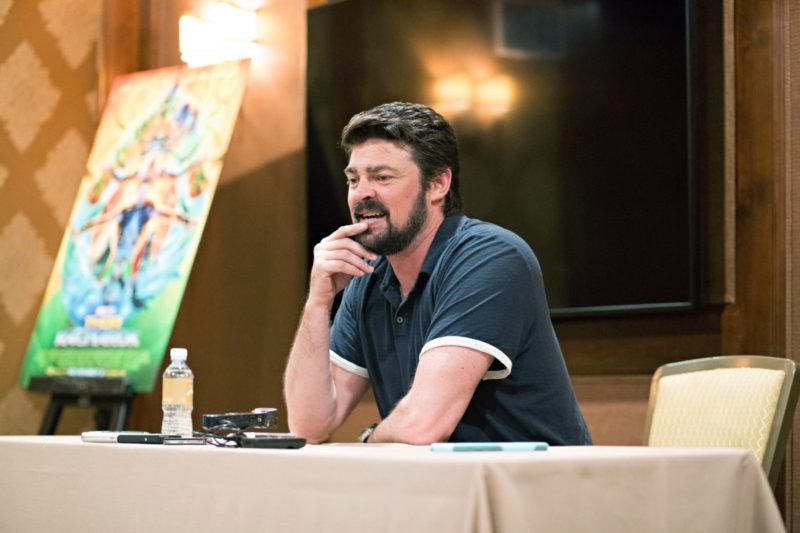 Karl Urban has two sons that he has to think about at all times. When he's choosing roles that are right for him, he needs to ensure that he's leading a good example for his children. He went into depth about doing just that in regards to his Thor: Ragnarok character:

I think with parenting the key is to lead by example and to provide a lot of love and support for them.  I'm also a firm believer in allowing them to fall down and allowing them to make mistakes because that is ultimately the way we learn. If you can learn from somebody else’s mistake then you're smart. But most of us learn by making mistakes.

It's wonderful to watch watch them grow and flourish when you don’t push them too hard. I think that's when I'm most proud of my sons is when out of their own volition, they start to make the right choices in life. 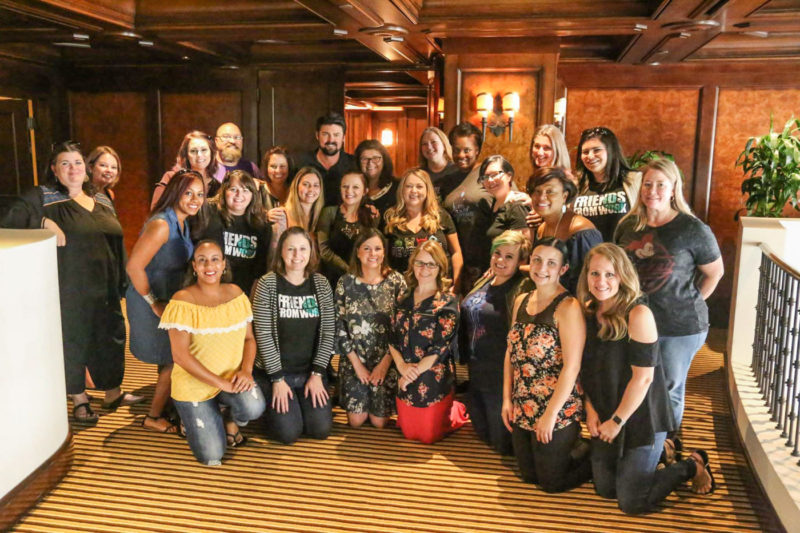 Check out this cool Karl Urban interview from the Thor: Ragnarok red carpet: