I had the honor of attending the DreamWorks Voltron press event a few weeks ago and the event was incredible. I think that kids all over are going to go crazy about this show. One of the most fun things about Voltron Legendary Defender is getting to know each of the characters. Who do you relate to? Which color would you be? What personality traits do you have? I've created an old school Voltron cootie catcher that you can introduce to your children. Let's drop the technology for a little bit and have some fun with the easiest form of origami. 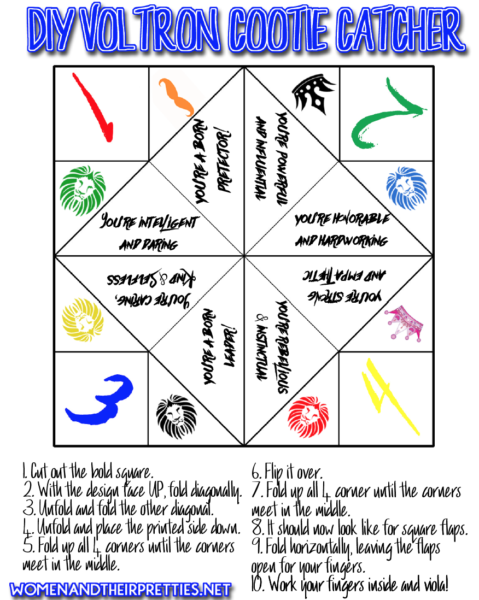 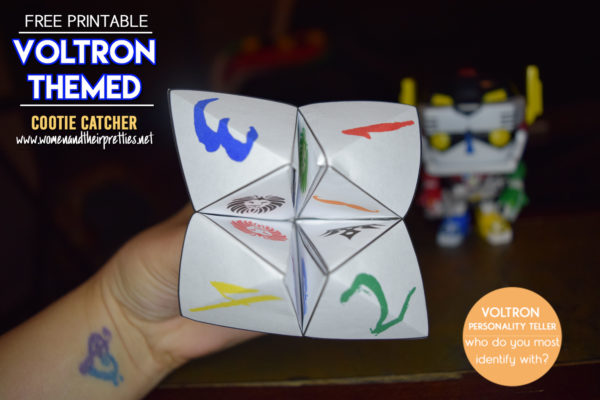 While this bold new series will be instantly recognizable to Voltron’s legions of dedicated fans, Executive Producer Joaquim Dos Santos and Co-Executive Producer Lauren Montgomery (The Legend of Korra, Avatar: The Last Airbender) have re-engineered core elements of the original show using all of the twenty-first-century technology and storytelling innovation at their disposal. With a killer mix of old and new animation techniques, creative transformations of the characters and designs and inventive plot expansions, this fresh Voltron saga will leave kids and super fans hungry for each new episode. Like the newly designed Voltron, which bears its old battle scars with pride, DREAMWORKS VOLTRON LEGENDARY DEFENDER honors the show’s venerated history while amplifying its strengths and scope tenfold.