Disneyland's new Summer of Heroes is everything a true Marvel fan would dream of. Today I want to talk about the entire Summer of Heroes experience: the rides, food, characters, and more! Disney hosted me at this event, but all magical opinions are my own.

In 2015, I got the invite of a lifetime – it was a Disney media invite for the Disneyland 60th Anniversary Celebration, among other magical experiences. I had no idea what to expect. I almost backed out because I was so anxious but boy was it life changing. Since then, I've attended many Disney media events, but it wasn't until a couple weeks ago that I had the pleasure of visiting Disneyland again. This time I was invited to celebrate the Summer of Heroes celebration at Disneyland's California Adventure. I'd heart incredible things about Summer of Heroes already, but I was especially excited for the new Guardians ride! Little did I know that there was so much more in store for me. 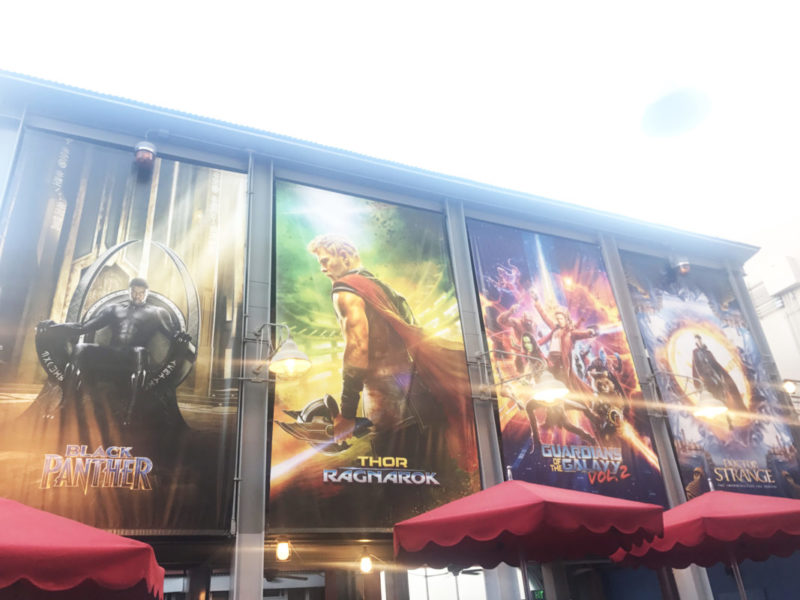 5 reasons every Marvel fan should visit Disneyland's Summer of Heroes

We’re so excited to introduce you to the new attraction, Guardians of the Galaxy — Mission: BREAKOUT!, along with Summer of Heroes and the new “Disney Junior Dance Party!”  Like all Super Heroes, you need the right fuel and training to make it through the day. Power up with Groot-shaped bread, available in sourdough and jalapeno-cheddar flavors, or with The Most Dangerous Tacos in the Galaxy. Train and perfect your skills with Black Widow and Hawkeye at the Avengers Training Initiative, one of 10 epic moments you’ll experience this summer! Then, celebrate your training at the “Guardians of the Galaxy Awesome Dance Off” with Peter Quill and Gamora.

1. The new Guardians of the Galaxy – Mission: Breakout! ride

Okay, so this ride will be in Disneyland full time, but why not hop on the ride for the first time during the Summer of Heroes celebration? We all know that the Guardians of the Galaxy are some of the most butt-kicking, sarcastic heroes we've ever seen. I should know, I got to chat with them a few months ago about their roles in Guardians of the Galaxy Vol. 2 and holy wow, these guys (and gals) are remarkably charming.

Okay, enough gushing about the Guardians. Let's talk about the new ride that controversially replaced Disneyland's iconic attraction, Tower of Terror. Did they do the ride justice? It is worth riding? Is it better than Tower of Terror. Yes. Yes. and Kinda. 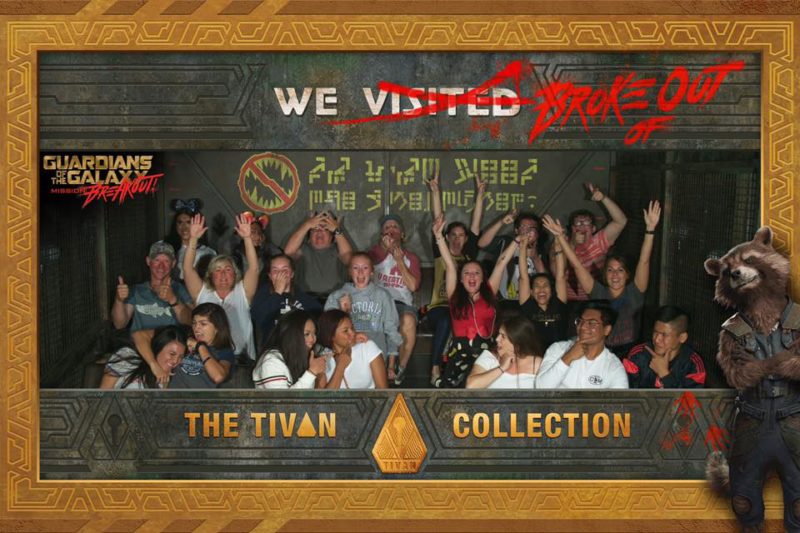 Contrary to popular belief, the ride is NOT exactly like Tower of Terror. They didn't just bring Guardians posters and artifacts in to replace the Tower of Tower fun. They definitely reworked the ride. Don't walk on expecting to know what's going to happen. Yes, the Guardians of the Galaxy – Mission: Breakout! ride still has the epic drops that we all loved about Tower of Terror. However, it isn't the same. Don't expect the drops to be in the same places or the ride to be at all like the last one.

Also, pay attention from the beginning of the experience until the end of the ride. Be sure to keep your eye on Rocket in a certain room because he does something that ties into the storyline on the ride later on. Eyes OPEN! Hands up (if you're brave enough)! And ears listening! This ride if going to make all of your Marvel-loving dreams come true, so prepare for the best. Oh and SMILE!

Straight from Disneyland: As part of the Summer of Heroes celebration at Disney California Adventure Park, guests will find Super Hero-inspired food and beverages at six different locations in the Hollywood Land area of the park, including Schmoozies, Award Wieners and Market Place. New locations include the Cosmic Canteen and Knowhere Eats.

My friends and I visited this limited-time Summer of Heroes showcase and we enjoyed it more than we expected to. As you walk into the waiting area, you'll immediately notice the real Marvel costumes setup for viewing. This is particularly enjoyable for Marvel fans because they get an opportunity to see how tall (or thin) their favorite superheroes are. Costumes for Hawkeye, Thor, Captain America, and Black Widow were all present at the showcase. I still have the ultimate life goal of lifting Thor's hammer. Oh and Hawkeye is much shorter than you'd expect. You think you could take him on? 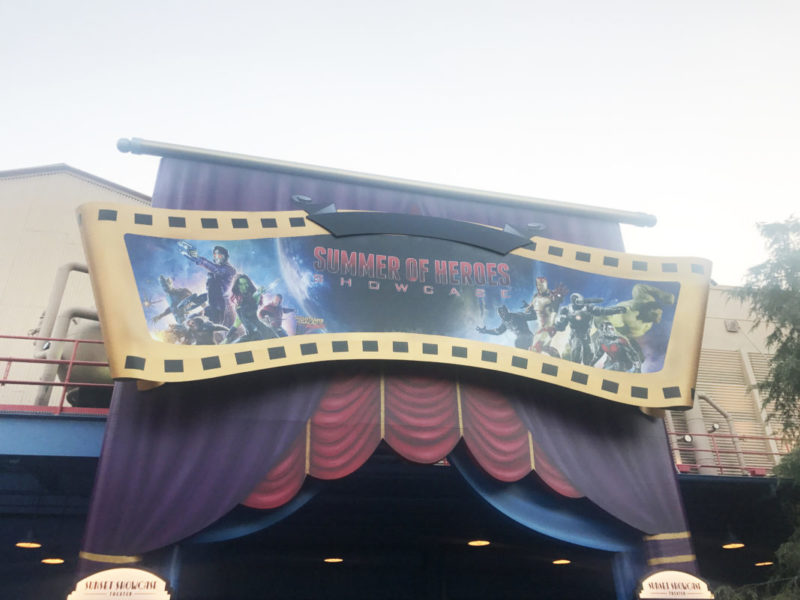 After your short wait is up, you'll be directed into a very nice vintage styled theater to watch a montage of scenes that show our favorite Super Heroes and The Avengers! You'll get to see your favorite heroes in action and yes, you'll even see the Guardians of The Galaxy. Sigh. The theater is particularly special because the panels on both sides of the theater light up with colors and visuals from the scenes you're watching. It was a more desirable experience than we expected.

The kids will enjoy seeing their superheroes on the big screen for a few minutes, while adults will appreciate a cool break from walking. I highly recommend this showcase for audiences of all ages.

Here are a few more things you can look forward to: 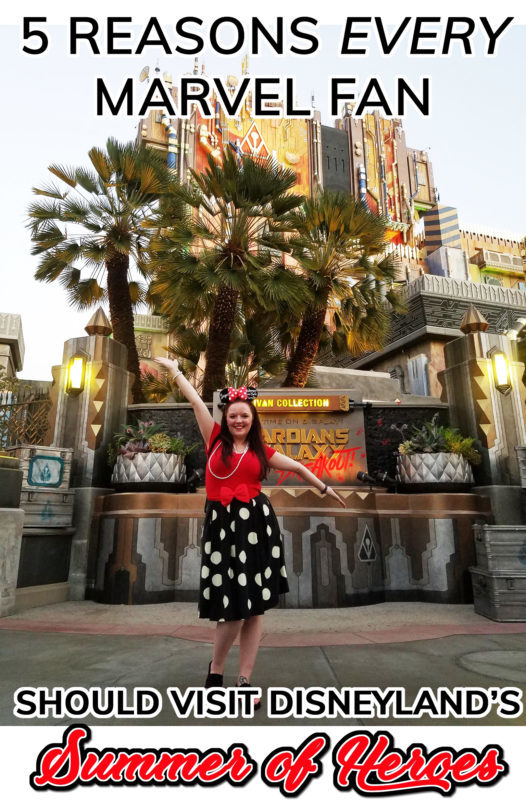 Unfortunately, I didn't have the pleasure of partaking in any of these epic activities, but knowing I missed them – makes me want to go back for more. It's definitely something the kids can't miss and I would have enjoyed watching all the little heroes run around with their idols. These are once-in-a-lifetime opportunities for your children to encounter the heroes that they aspire to be! That alone is worth a visit!