Ever wonder what's inside the mind of the President of Marvel Studios, Kevin Feige? You'll find out his true feelings about Infinity War, Thor: Ragnarok, Guardians of the Galaxy Vol. 2, and all things Marvel in this exclusive Kevin Feige Thor: Ragnarok interview. This event is was hosted by Disney as part of the #ThorRagnarokEvent. 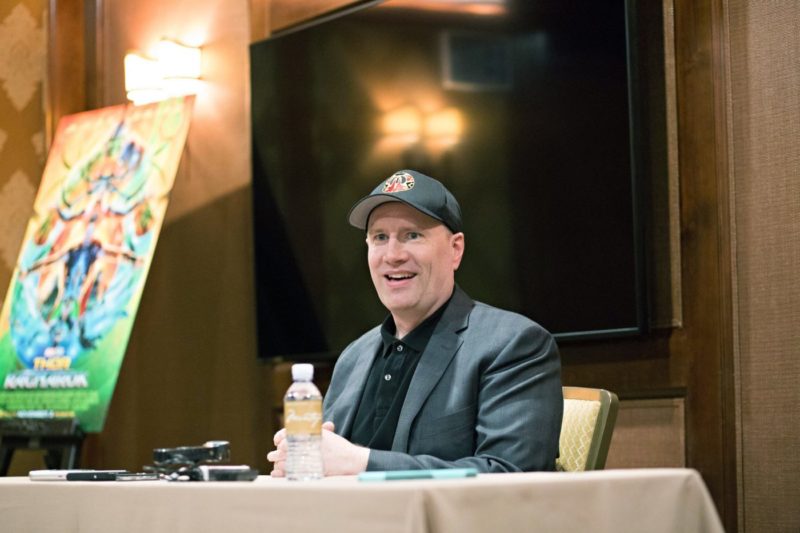 2017 must be a very proud year for Marvel Studios' President, Kevin Feige. Two huge Marvel films, Guardians of the Galaxy Vol. 2 and Thor: Ragnarok, premiered and both were colorful, comedic hits! Marvel is clearly on the right path with their films and the man behind it all, Kevin Feige seems to select directors that were born for these films.

During our time at the Thor: Ragnarok Event, we had the pleasure of picking his brain about this year in films and the future of Marvel Studios. There were some hot topics discussed and I can't wait to share them with you! Kevin was super excited to sit down and chat with us about this huge year. “It's awesome. It's pretty exciting,” Kevin exclaimed time and time again. Let's be real, though. We all wanted to know about Infinity War.

Avengers: Infinity War is going to be huge! This is the film where all our favorite Marvel heroes clash. I'm certain that it will be the most talked about film of 2018. With that said, we're all impatiently waiting for the Avengers: Infinity War trailer to drop. Kevin Feige didn't spill any details about the trailer: “Someday, Someday,” he said when inquired about the drop date. 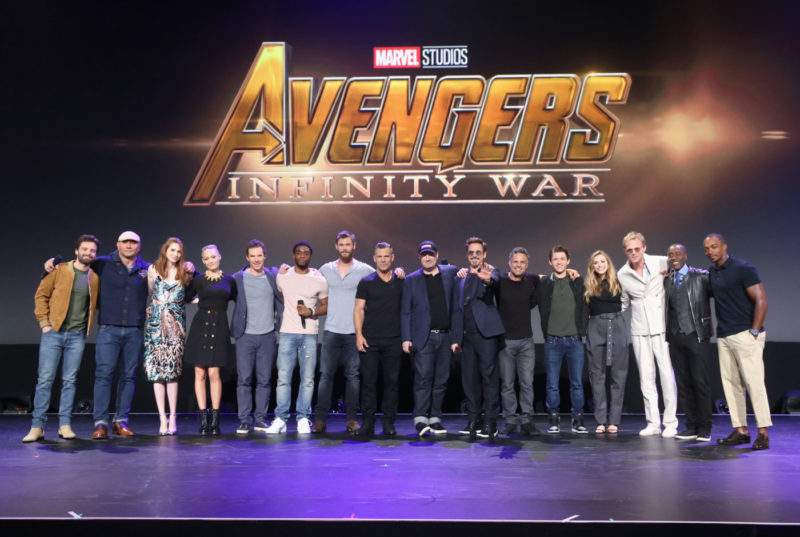 Kevin then discusses the meeting of Thor and Guardians of the Galaxy in Infinity War:

Infinity War is a major meeting of those minds. And, Thor with the Guardians – we’ve already shot some very fun scenes between them. The cosmic adventurers spend a lot of time together in that movie.

After watching Thor: Ragnarok for the first time, we couldn't wait to chat with the President of Marvel Studios about his latest success. There's something so thrilling about chatting with someone about their latest project, to see the genuine pride in their eyes. That's how Kevin Feige looked as he gave us an insider's look at what it took to create this epic film.

It's no secret that Thor has a brand new look and feel. I think it's safe to say that none of us are complaining about this gorgeous makeover. Kevin described this as being “Marvel idea that was perfected and improved by Thor: Ragnarok Director, Taika Waititi“. He describes the entire makeover in detail:

We wanted to, as we always do in our movies, go to a new place. Go to an unexpected place. Look at what we did with Shane Black’s Iron Man 3, Captain America: Civil War. We always look at a third film, Infinity War in the case of Avengers, as an opportunity to take fans to a totally unexpected fun place.

Can I just say that I'm kicking myself for not asking about what that would mean for Guardians of the Galaxy Vol. 3! Seriously, I am open to anything and everything Marvel wants to do with Guardians 3. Okay, back to our talk about Thor's new direction.

Bringing Thor and Hulk together:

Mr. Hemsworth used to say, “Hey, Captain America has got Iron Man in his movie, who am I getting?” I'd say, ‘I think he’s right.'

The fun thing about Thor is he’s got amazing characters in his own comics, so Hela and Valkyrie from his books, from the mythology. We knew we wanted to bring them in there, but were thinking about who else we could bring in from the Marvel Universe. Very quickly, we realized Hulk would be that guy.

Seeing Thor and Hulk battle it out together is great. Seeing Banner and Thor, being a fish out of water, is even better. So, suddenly you have this great dynamic between them! 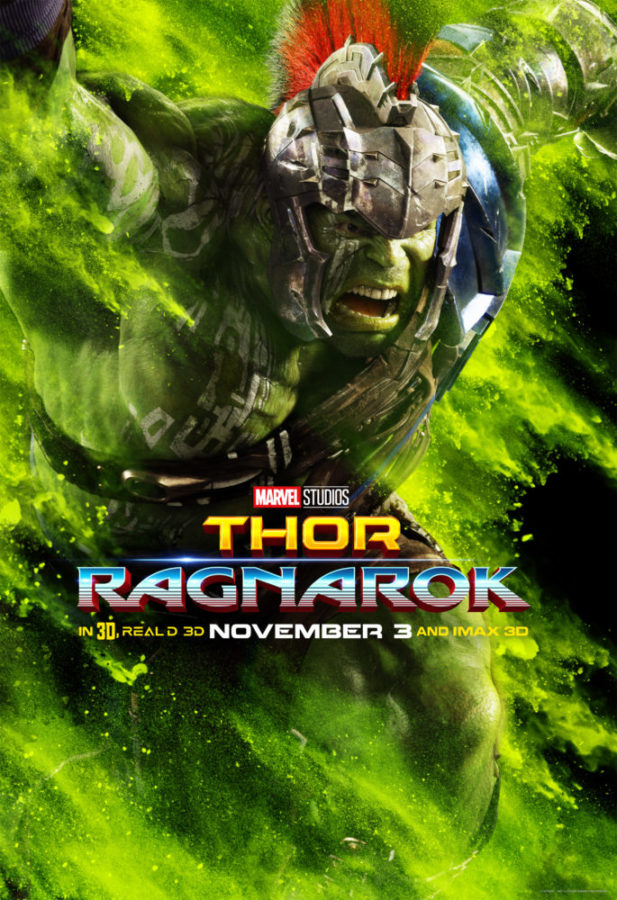 Kevin Feige describes Planet Hulk as a great comic. He explained how he loved Hulk with huge battle weapons in the gladiatorial games. While the idea seemed far-fetched to include that idea in a film, they managed to bring that into Thor: Ragnarok:

That image of Hulk with these big battle weapons and that big helmet, we loved. But, we never thought we would be able to do it because Banner is not a part of those comics. He’s Hulk the whole time and we love Mark Ruffalo. 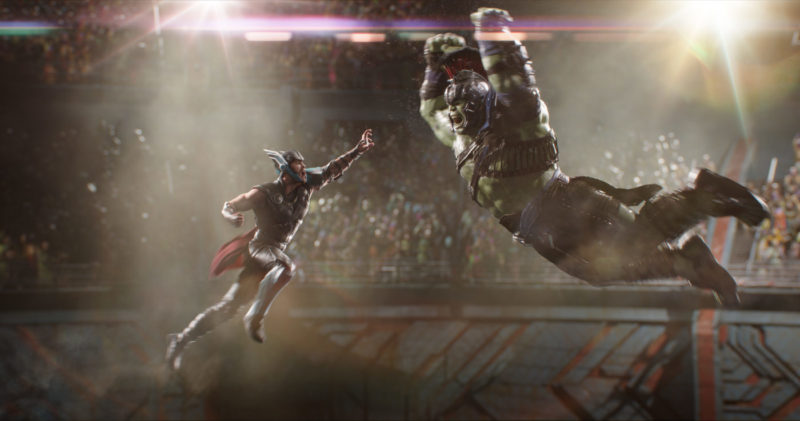 We wouldn’t want to do a movie without Mark Ruffalo in it, so I always thought there wouldn’t really be that opportunity. As we were putting Thor: Raganrak together, we realized, this is where we could do it! This is not the Planet Hulk story, but it’s certainly the inspiration.

Let's jump right into Sony's Spider-man: Homecoming. Kevin Feige said he was also quite excited about the release of this film! He was proud for audiences to see a new Spider-man story – one that doesn't repeat all the other ones that we all have heard a million times already. 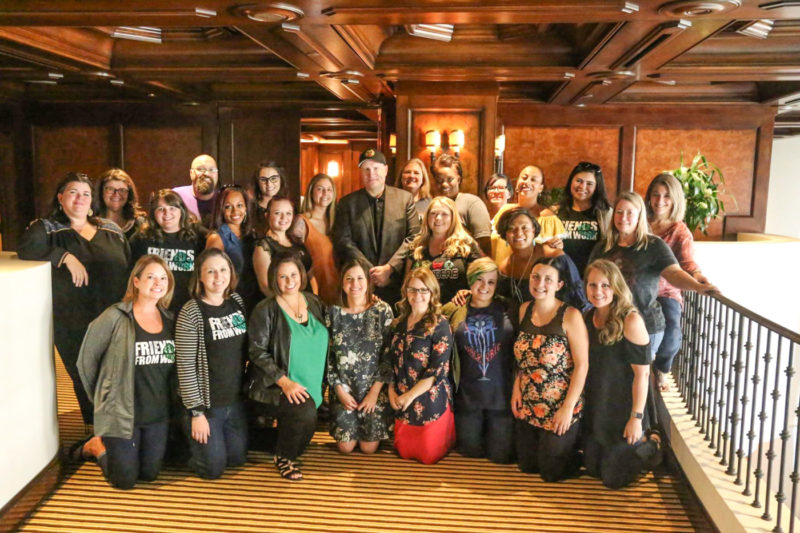 Being that a group of bloggers was interviewing Kevin Feige (and has many times before), we knew it was the right time to ask about the controversial blogger diss at the end of the film:

That was a comedic ad lib from Mr. Downey. It was one of the many things he just says. Moments before that, he says something about a human dog hybrid and puppies and who knows what he’s talking about? It’s just funny. When we shot it, it just sort of went past me and we cut it together. In one of the early screenings I said, “Oh. I’m going to hear about this.” It was just him being funny. 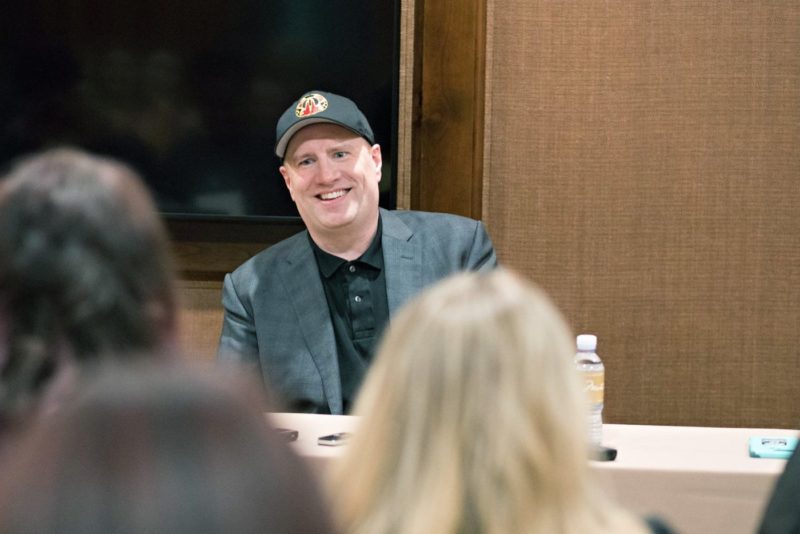 So, what's brewing behind-the-scenes at Marvel Studios? Well, Kevin Feige confirms that Black Panther and Avengers: Infinity War has finished filming. And then, he confirmed the filming of another movie. Any guesses?

They are currently filming an Untitled Avengers film. We started in January of this year and we go through January of next year. Nonstop.  Ant-Man and The Wasp has started and almost finished while that’s all going on.

Hulk is kind of a big deal. We all can't help but to love Hulk and I don't think any of us would complain about a stand alone Hulk movie. Kevin Feige insinuated that it's something he's thought about, but right now he thinks it would be a long and drawn out process.

There are various contracts with studios that would have to be worked out. I’m just so happy that we have the ability to include Hulk in these ensembles and what we already have planned, the arc that we’re started with Raganrak, that you saw. An enhanced push and pull between Hulk and Bruce Banner sort of for their, for their body continues in the next Avengers film in unexpected, fun ways.

The women of Marvel

After seeing all the girl power in Thor: Ragnarok, everyone is asking about an female super hero movie! You can check out Kevin's response to that in my Thor: Ragnarok Review about the great presence of powerful women in this film. Kevin officially confirms or denies this possibility! 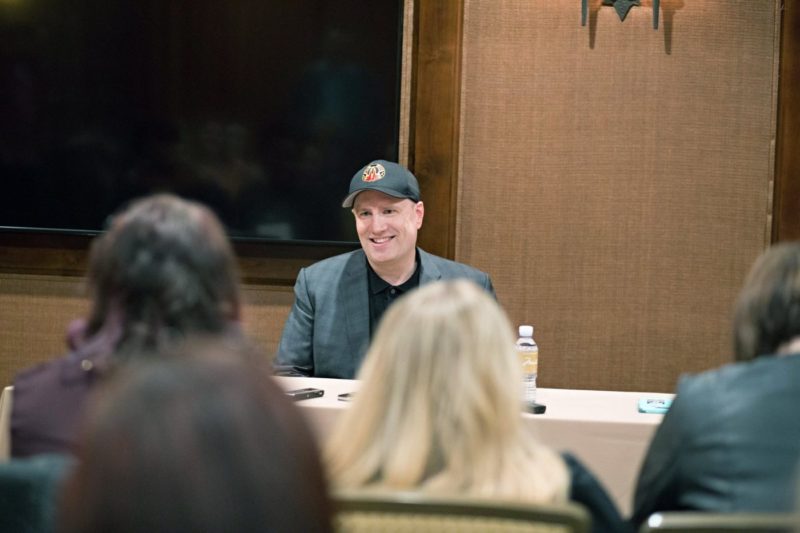 Kevin Feige finds balance by keeping a good team by his side. He brags on the great Directors and Producers he's worked with that have helped keep the creative juices flowing and everything running smoothly.

I’ve got a incredible team at Marvel Studios. I’s a great privilege to have this team in place. Most of us have been together for almost the entire ten years  at the studio which is very unusual in Hollywood. It’s great! 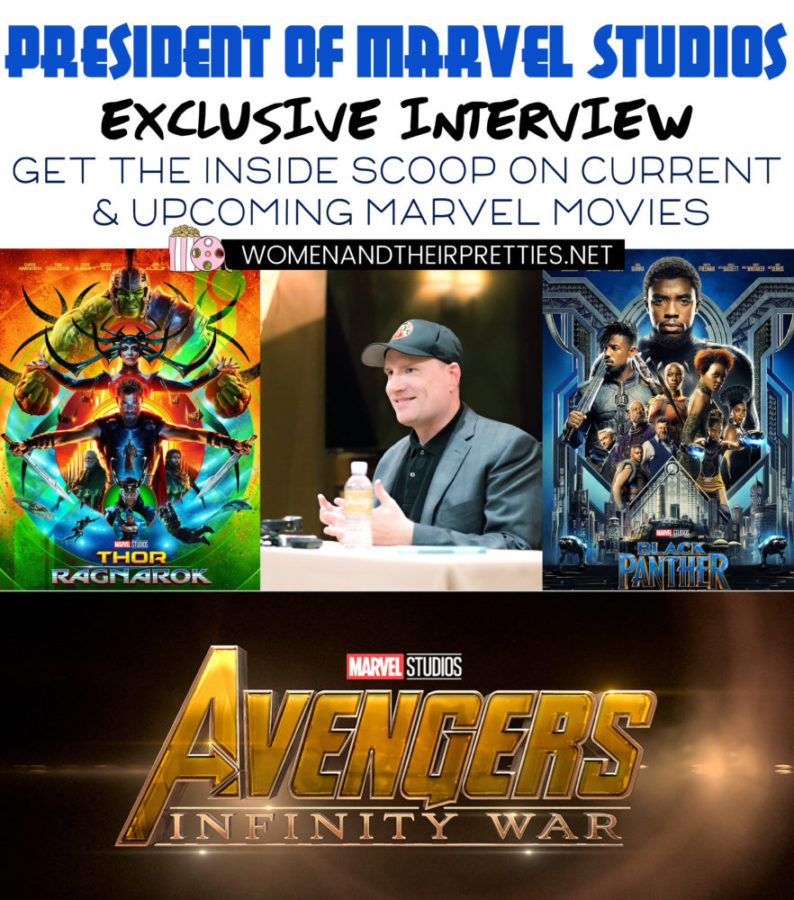 Truth is... it’s been a rough day. One of those