When I started blogging, I never could have imagined that my passion would allow me to travel. As I started attending events and traveling, I never dreamed that I would be walking the red carpet at the world premiere of a movie – much less a remake of my favorite childhood classic, The Jungle Book. Not only was I able to screen The Jungle Book well before it was released to the public, I literally walked the famous red carpet with the stars. We did make a pit stop on the famous Oscars stairs before walking the red carpet! Check out the pic below! 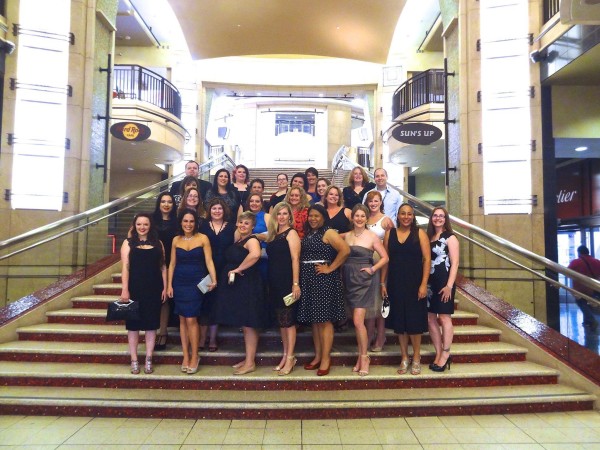 First of all, the red carpet is a lot different than it looks on TV. It's a lot smaller and more personal than I expected. There are two lines to walk – one for the celebrities and their families and one for everyone else. There's also a section strictly for the TV press. The two walkways are only sectioned off by a rope, so you really are walking right with the celebrities. You're able to chat with, get snapshots of, and walk right by the celebrities on the other side of the rope. I even saw some celebs walk on the same side as us, like Dax Shepard *swoon* in the photo below. 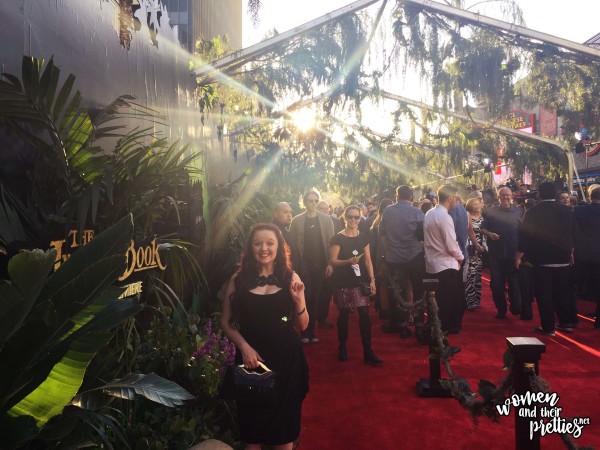 The experience really was surreal and it was over before I knew it. I saw a lot of celebrities on the red carpet and in the El Capitan theater during the premiere. Here's a list of everyone that I saw at the premiere: Neel Sethi (Mowgli), Jon Favreau (Director), Sir Ben Kingsley (Bagheera), Faizon Love, Simon Rex, Russell Peters (Rocky the Rhino), Lupita Nyong'o (Raksha), Giancarlo Esposito (Akela), Kendrick Reyes (Infant Mowgli), and the kids from Stuck in the Middle. 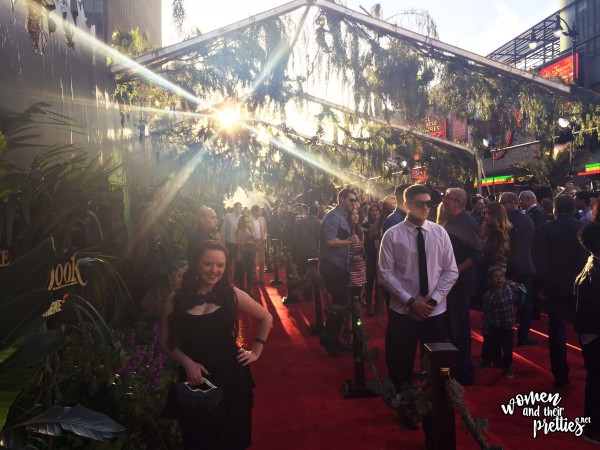 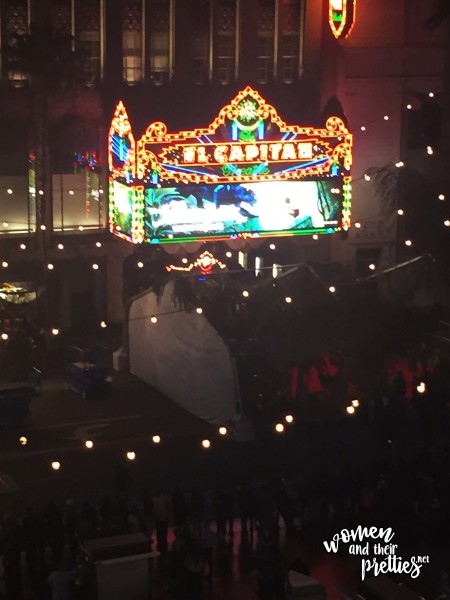 Once you reach the end of the red carpet ropes, you will reach the famous El Capitan theater. We were given wrist bands and tickets. We had to turn in our phones before heading in, so I didn't get pictures inside the theater. Let me just say that it is gorgeous! Just describing the theater isn't enough to do it justice. There was a jungle theme inside of the theater, with plants and signs that say “The Jungle Book”, just like on the red carpet. It's like an old school theater with balcony seats and a stage. Before the premiere, we got an incredible live performance from a talented band and beautiful singer. 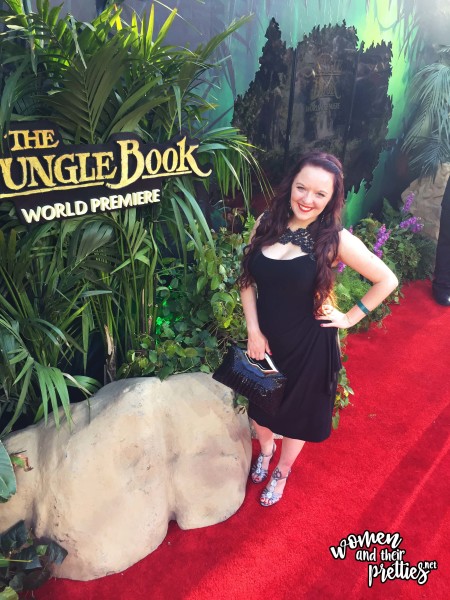 I was excited to be sitting in the middle section of the theater, three rows back from the front. We had the Stuck in the Middle kids right in front of us and right behind us was Russell Peters, who voiced Rocky The Rhino, and Kendrick Reyes, who played infant Mowgli. A few seats down say Giancarlo, too! It was so much fun to watch the kids reaction to the film and even more rewarding to watch the look on Giancarlo's face as he watched The Jungle Book for the very first time. 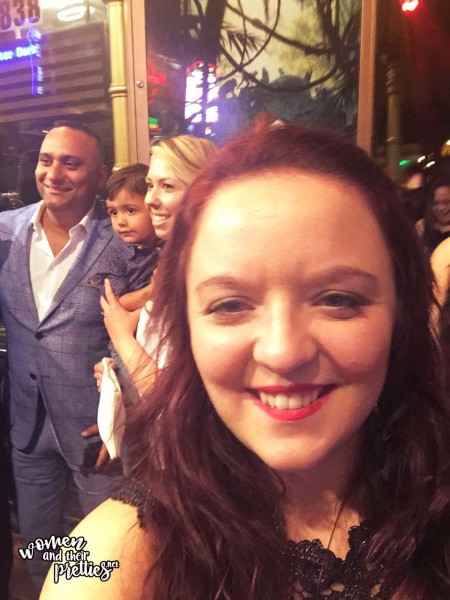 Russell Peters at the Red Carpet Premiere of The Jungle Book

To top the incredible evening off, we went to the official The Jungle Book premiere party at the OHM Nightclub, which was right across the street. This was more fun than I could have ever imagined. We mingled with the celebrities and even had the opportunity to chat with some of the “behind-the-scenes” talent that helped bring The Jungle Book to life. We talked to a few parents to see how their kids enjoyed the film. One little girl exclaimed, “The Jungle Book is my new favorite movie! My favorite character was Baloo!” We drank champagne, wine, and a few mixed drinks. The premiere party was also jungle-themed, with honeycomb desserts and even a bee-encounter. Along with the typical nightclub atmosphere, there were some fun extras! We played Disney Infinity video games, took photos, and created GIFS. 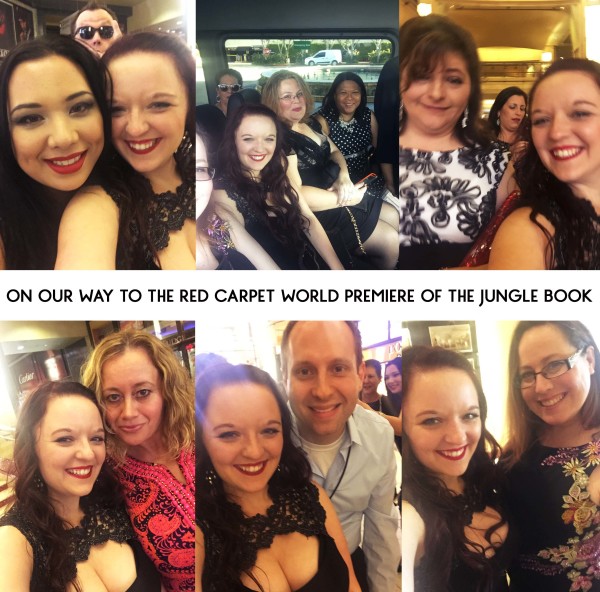 The Jungle Book Premiere was an experience like no other. I've never been so humbled or so proud in my life. I was nervous about feeling comfortable, but I truly felt like I belonged there, with my fellow bloggers, living our dreams!