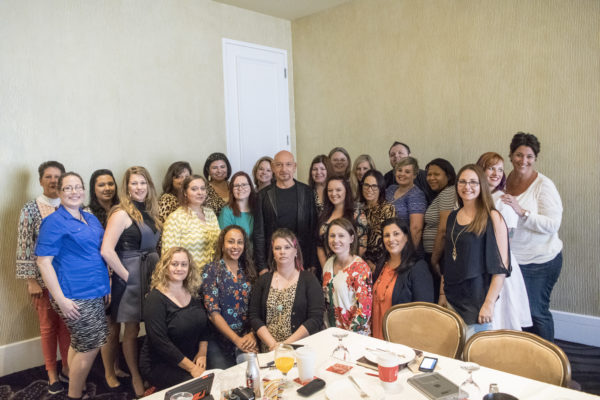 Bagheera, one of the most prominent characters in The Jungle Book, was voiced by the great, Sir Ben Kingsley. I've personally always been intrigued by Sir Ben Kingsley – his unique look, the interesting roles that he takes on, and his firm voice – I'll admit that the thought of meeting and interviewing him was a bit intimidating. Being that I'm a fan, I was nonetheless excited and ready to meet the man behind the black panther. 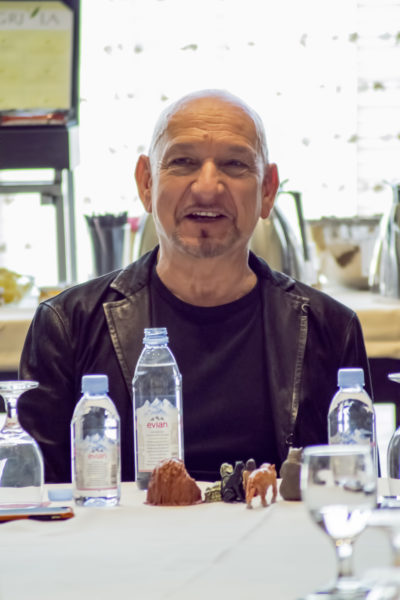 Sir Ben Kingsley entered the room with a big smile on his face. He seemed genuinely happy to be with us at that moment. I can't help but wonder if being at a table with 25 bloggers admiring you, is intimidating.  Yes, just like with interviews with Director, Jon Favreau and some of the other actors, we applauded him as he entered the room. I mean, after excelling at his role as Bagheera, he deserved all of the applause that we could give him. It takes a true talent to make us forget that there's an actor behind the voice of a talking animal. Being that he does has that stern attitude, he was perfect for the role of Bagheera. 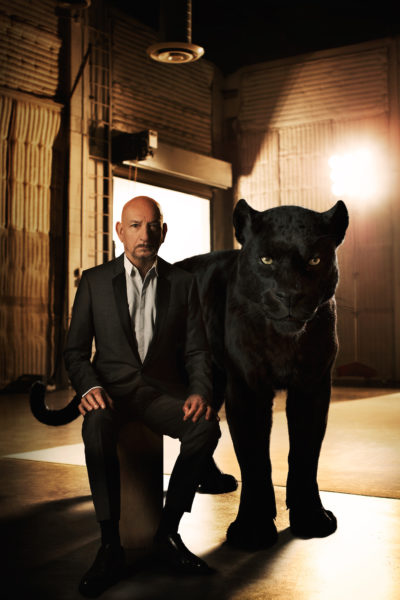 I personally walked into the interview with a couple of specific questions in mind. The first being, How did he approach the role of Bagheera and what attracted him to the role? I wondered if it was difficult to maintain a balance of empathy, strength, and tough love. His approach was quite impressive, actually.

I'm propelled towards a character through recognition or through curiosity. Curiosity has to be there because if I'm not curious about him, then of course that will be contagious and the audience won't be curious.

I started my career as a stage actor was with the Royal Shakespeare Company,and he still is the maestro of storytelling and of putting patterns of human behavior on the stage or the screen, which ever.

And I think that if I can feel that there's a genuine pattern of recognizable human behavior, even a little bit with animals, that human element which is healing, which provides an explanation, comfort, entertainment, all of the above, then I'd love to be part of it. If I feel that it's just an invention, an obstruction, that it doesn't have anything to do with us (as humans), then  it doesn't really excite me at all. It has to have that human ingredient to it, that moves us forward even a tiny bit as a, as a tribe or species, whatever. 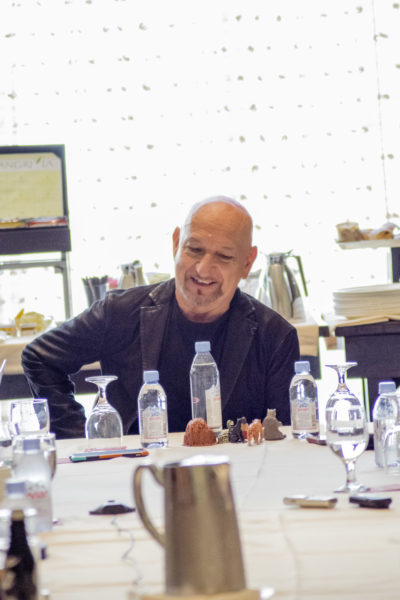 Sir Ben Kingsley described his direct approach to Bagheera. It isn't as simple as you'd think or maybe it is. He described how one approach didn't work as well as he'd thought. Sometimes being yourself is the best approach.

When I first discussed it with Jon Favreau, I recognized that Bagheera was military and I'm fascinated by Indian military combination. So I offered an Indian accent as Bagheera, to play him as an Indian colonel or general and he felt that it didn't fit the universality of the appeal of the story, that it might make it a province of one particular period of history, culture, hierarchy. So I think he made a very good choice in making it more universal, more accessible.

Having said that, there's still the ghost of the Indian colonel in my performance. Um, it's not any accent, but it’s in his tough but very affectionate love. I think it's there, but I did actually embark on an Indian accent and I saw Jon Favereau's face slowly fall. 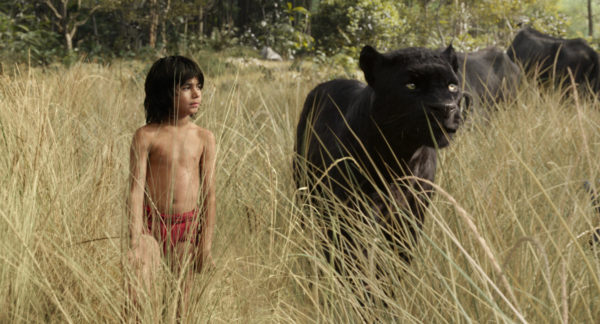 In the original The Jungle Book,  I felt that Bagheera was Mowgli's only father figure. In the Favreau's adaption of The Jungle Book, Bagheera's relationship with Mowgli was quite different. Apparently, I'm not the only one who noticed because one of the other bloggers asked Sir Ben Kingsley about that relationship. “Knowing that Mowgli was raised by the wolves, did you see Bagheera as more of a father figure to him than Akela? I loved his response!

No, I didn't see him as a father figure at all. I did see him in military terms, like I was training a young cadet on how to survive in particular circumstances. And I liked Jon's version of this which is close to the author Kipling’s, which is a story that prepares a young person for life.

And you have to prepare young people for life by lovingly introducing them to the fact that there is light and shade, that both exist side-by-side in life, and that if you dilute, distort, sugar coat, sentimentalize everything in the hope that you're gonna keep a child's attention, you won't. You get the child's attention, he immediately go dark. Whenever I read stories to my children, they would always ask me to read the scary bits over and over again. They would love it, because they were hearing it in a safe place. That's the ingredient. If they are introduced to that dark side of life in a really safe environment by their parents, then it's fun. 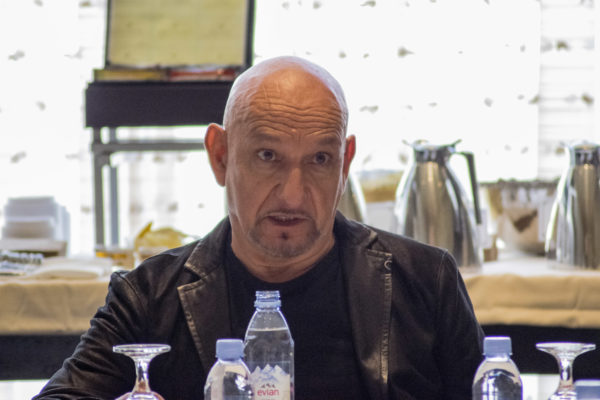 Also picking up on the relationship between Mowgli and Bagheera, we asked Sir Ben Kingsley if he used his experience as a parent to approach Mowgli with more empathy than was displayed in the original. Kingsley's response shows that he puts a lot of thought and technique into his work.

I'm sure it's inevitable to use one's experiences as a parent, I think in Kipling's time, which was colonial Britain, you did discipline your children through irritation, through lack of empathy and impatience, rather than love and encouragement. Ah, so I think that if we want to translate it into the 21st Century, then yes, there is irritation in Bagheera, and there are those limits that he won't let the boy transcend, but that it's done with more empathy and more affections rather than from the book of rules. So there is a definitely a shift. 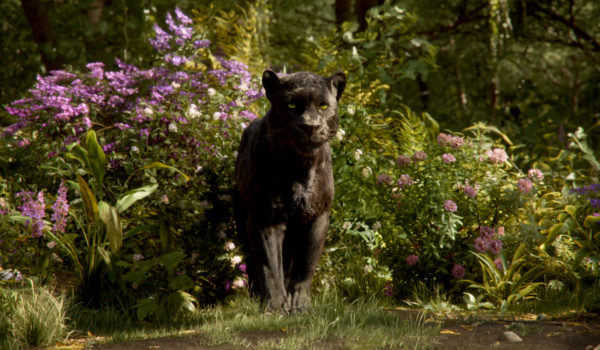 I think it's clear to us all that Sir Ben Kingsley truly put his entire self into voicing The Jungle Book's, Bagheera. He is truly a remarkable man. His exudes intelligence, he's well-spoken and so much deeper than just a voice in a movie. Whether you're already a fan of his work or you're just a fan of The Jungle Book, I recommend that you see this film at least twice. Pay attention to Kingsley's technique and his voice.  Also, look at Bagheera closely. Is it just me or do you see Sir Ben Kingsley in Bagheera's face?

The Jungle Book is in theaters everywhere now!